Memoir-Writing Workshop: Where I Lived and What I Lived For: The Art of Transformation of One’s Life 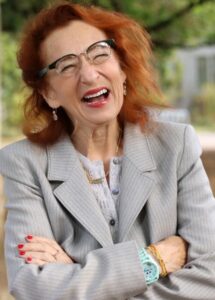 In this two-day writer’s workshop, we will comprise a real-world Concord community, supporting and encouraging each other’s voices. In experiments and discovery through the lens of Thoreau, prompts are designed to invite, inquire, and invoke your own “Walden.” Using a combination of prompts exercising our imaginations in journaling, with quotations from Thoreau and his mentors, including Homer and Emerson, and peers (Whitman, John Muir, Emily Dickinson), and contemporary forms of memoir, from Scott Sanders’ integration of nature and autobiography to Radiotopia’s “Everything Is Alive,” the MOTH stand-up storytelling platform, fictional memoir (Amy Hempel), poetic memoir (Mary Oliver, James Wright, Adam Mansbach), and multimedia (music, social media, visual and plastic art, installation), writers will develop your own memoir table of contents and writing that enacts living deliberately.

We will use Zoom technology as a miraculous aid, with WhiteBoard and breakout rooms, and the Record feature which will allow writers to keep a visual and audio record of our work, and enable you to reproduce your own sharings across media.

Dr. Barbara Mossberg is Professor of Practice, Clark Honors College at the University of Oregon. She has taught at public, private, large, small, traditional and innovative colleges and universities, including Indiana University, Union Institute and University, Mt. Vernon College (Distinguished Institute Scholar), Pacifica Graduate Institute (Engaged Humanities Faculty), and the University of Helsinki, where she twice was Senior Fulbright Distinguished Lecturer and Bicentennial Chair of American Studies. She has also held administrative and leadership positions at Hobart and William Smith Colleges and National University. She has held both teaching and leadership positions at California State University – Monterey Bay, as founding dean of the College of Arts, Humanities, and Social Sciences and Director of the Integrated Studies Special Major; at Goddard College, as President and Professor from 1997-2001, and where she was awarded the title President Emerita in 2001; and at the University of Oregon, where as tenured professor in the English Department she co-founded and co-directed the American Studies program, as well as served as acting dean of the graduate school and director of the graduate Individualized Studies: Interdisciplinary Program. Mossberg has also held distinguished national and federal appointments, including representing the University of Oregon and United States as U.S. Scholar in Residence to the U.S. Department of State (American Studies Specialist), and Senior Fellow to the American Council on Education.