“For those who think Super Bowl Sunday is a bore”

Mycologist and author of Fascinating Fungi of New England, Fungipedia, Lawrence Millman, will be the foray leader on a mushroom identification walk on Super Bowl Sunday.

“The Super Cup Fungus Sunday provides an alternative for Thoreau-minded individuals who think that Super Bowl Sunday is a total bore,” said Lawrence Millman. “We will be searching not only for super cup fungi, but also other interesting winter species. The focus will be on ecology and not, definitely not, edibility!” 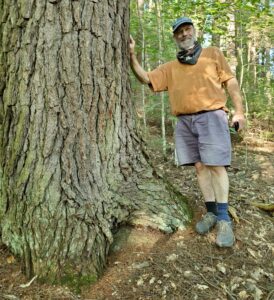 Author and Arctic explorer Lawrence Millman has written 18 books, including such titles as Our Like Will Not Be There Again, Last Places, Hiking to Siberia, At the End of the World, Fascinating Fungi of New England, Fungipedia, and Goodbye, Ice. He is also a contributor to Thoreau Farm’​s book: What Would Henry Do? Volume II. He has visited Henry’s grave more times than he’s visited either his mother’s or his father’s graves. He lives in Cambridge.