A Two-Day Workshop with melinda levin 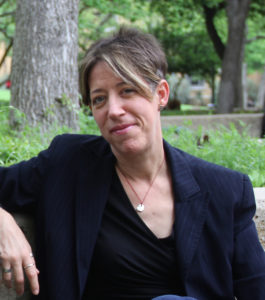 When you film a person, you are locking in the memory of a human being for eternity.

In this workshop, you’ll learn how to structure a story; develop the basic tools for storytelling; and the important issues of domestic and international filmmaking practices.

You will learn about some of the legal and ethical issues surrounding documentary filmmaking, and the impact the design of your film can have on a person, a cause, or a country.

After viewing excerpts from a selection of documentary films directed and produced by Melinda Levin, we’ll talk about what happened behind the scenes, and the importance of being able to film in dangerous or life-changing situations.

We’ll discuss social media as documentary; your projects; how to get started; and sketch (or flesh) out a media story of your own.  Come with an idea for a documentary or journalistic piece you’d like to produce, and we’ll workshop it together over the course of this weekend immersion class.

Class enrollment is open to all skill levels.

Melinda Levin is a director, producer, cinematographer and editor for numerous award-winning productions. Her body of media work examines environmental, cultural, socio-political, arts, and indigenous issues. Her most recent film, Mongolia: Earth and Spirit, is a documentary on a Mongolian Tibetan Buddhist monk, and illustrates his commitment to ecological protection of the brittle landscape near the Siberian border.

Levin has served as an artist citizen-ambassador for the U.S. Department of State, and has presented in Vietnam, Thailand, Tajikistan and in remote villages of the Hindu Kush range in the Afghanistan Autonomous Zone.

She co-authored a commissioned article entitled “Enhancing Counter-Terrorism with Community-Empowered Ethnographies” for NATO’s Peace and Human Security Series on Human and Social Dynamics, and has presented this research at a NATO symposium in Antalya, Turkey.

Levin is a Professor of Media Arts and Director of the MFA program in Documentary Production and Studies at the University of North Texas.