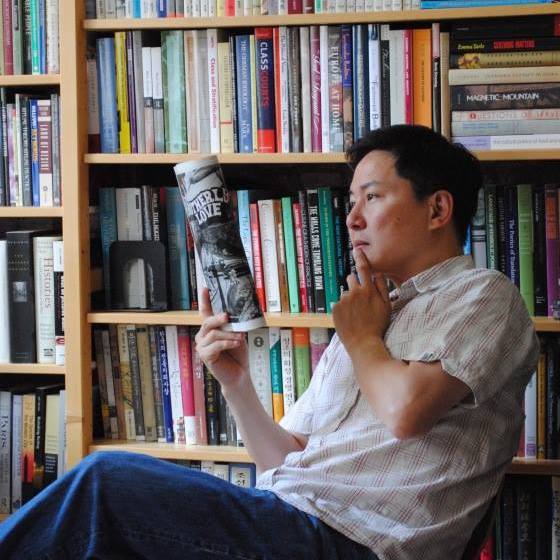 In Climate Lyricism, Min Hyoung Song articulates a climate change-centered reading practice that foregrounds how climate is present in most literature. Song shows how literature, poetry, and essays by Tommy Pico, Solmaz Sharif, Frank O’Hara, Ilya Kaminsky, Claudia Rankine, Kazuo Ishiguro, Teju Cole, Richard Powers, and others, and others help us to better grapple with our everyday encounters with climate change and its disastrous effects, which are inextricably linked to the legacies of racism, colonialism, and extraction.

In this talk, Song shares his own writing practice, and observations about literature as a powerful tool for change. He also dives deeper into his concept of climate lyricism—a mode of address in which a first-person “I” speaks to a “you” about how climate change thoroughly shapes daily life. This lyricism and its relationship between “I” and “you,” Song contends, affects the ways readers comprehend the world, fostering a model of shared agency from which it can become possible to collectively and urgently respond to the catastrophe of our rapidly changing climate. In this way, climate lyricism helps to ameliorate the sense of being overwhelmed and feeling unable to do anything to combat climate change. 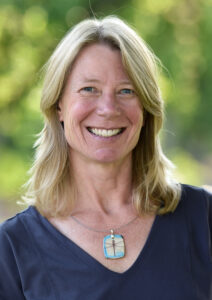 Song will be joined in conversation by Rochelle L. Johnson, President of the Thoreau Society and Chair of Environmental Studies at the College of Idaho.

Min Hyoung Song is Professor of English, Chair of the English Department, and Director of the Asian American Studies Program at Boston College, as well as a steering committee member of Environmental Studies and an affiliated faculty member of African and African Diaspora Studies. He is the author of three books: Climate Lyricism (Duke, 2022), The Children of 1965: On Writing, and Not Writing, as an Asian American (Duke, 2013) and Strange Future: Pessimism and the 1992 Los Angeles Riots (Duke, 2005).
The Children of 1965 won the Association for Asian American Studies (AAAS) Prize in Literary Criticism, the Alpha Sigma Nu Award in Literature and Fine Arts, and received an Honorable Mention for the Association for the Study of the Arts in the Present (ASAP) Book Prize.

His most recent essays are entitled “No Witness: Warrior and the Histories of Anti-Asian Violence” in the Los Angeles Review of Books and “Without Asian American Studies, We Can’t Understand American Racism” in The Chronicle of Higher Education.
twitter: @minhyoungsong

Rochelle L. Johnson currently serves as president of the Thoreau Society and is Professor of Environmental Studies and Director of the Gipson Honors Program at the College of Idaho. Her writing on 19th century landscape aesthetics appears in a variety of journals and essay collections, and in Passions for Nature: Nineteenth-Century America’s Aesthetics of Alienation. Rochelle has co-edited five additional books, including Thoreau in an Age of Crisis: New Essays on an American Icon. She is writing a book about Susan Fenimore Cooper (1813-1894) and environmental grief. Find more at: https://www.rochelleljohnson.com/.