The Art of Joke Writing: SOLD OUT! 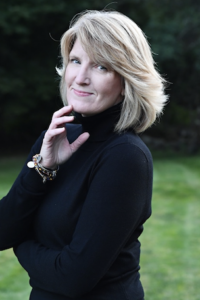 SOLD OUT!: A Workshop

Study the art of writing a joke alongside seasoned stand-up comedian and beloved Boston performer, Kathe Farris. Through direct instruction, specific demonstrations, and lots of laughter, this course will provide a comprehensive overview of the mechanics behind crafting compelling comedy. Across the four-week session, participants will learn: the five central components of a joke, the five most commonly used jokes, the five reasons a joke doesn’t work, and the five ways to improve a joke. Given these tools and individualized direction from Kathe Farris, by the end of this course, participants will be well-equipped to hone their humor and develop a unique comedic voice.

Kathe Farris is a Boston-based stay-at-home mom, stand-up comedian, and snack cake enthusiast. She hit the comedy scene a little late in life but quickly made up for it by becoming a Comic-in-Residence at The Comedy Studio and a finalist in the Boston Comedy Festival. She is a fixture on local stages all over New England thanks to her intelligent yet accessible material. Kathe performs regularly for private and corporate events and sometimes a suburban middle school…sometimes!. Known for her understated demeanor and punchline-heavy writing, her act impresses audiences across the country. Kathe’s weekly show Farris and Friends Comedy Hour is a “The Boston Globe’s Critics Choice”.

When she’s not on stage Kathe helps aspiring comedians get started in comedy. Her pragmatic instruction, expertise for mechanics, and personalized feedback are some of the reasons people seek out her class. She is on the teaching staff at The Comedy Studio.For the past four years she ran one of Boston’s most popular workshops sponsored by Boston Comedy Chicks for comedians of all levels to develop and network their craft. Her workshops have been a staple at the Women In Comedy Festival and her online Comedy Bootcamps with Kathe Farris are rapidly becoming a “‘go-to” for at home stand-ups.