Caveat: This is not a post that takes us out into the redemptive natural world, at least not at its outset.

I had never respected the government near to which I had lived, but I had foolishly thought that I might manage to live here, minding my private affairs, and forget it. For my part, my old and worthiest pursuits have lost I cannot say how much of their attraction, and I feel that my investment in life here is worth many per cent less since Massachusetts last deliberately sent back a innocent man, Anthony Burns, to slavery. I dwelt before, perhaps, in the illusion that my life passed somewhere only between heaven and hell, but now I cannot persuade myself that I do not dwell wholly within hell. – Thoreau, from the essay, Slavery in Massachusetts.

I can’t shake (don’t really want to) the sadness and horror I feel at the recent murders in Charleston, South Carolina. Often, when I feel this way, I turn out toward the trees and hills for solace, but the image of the gunman (gun-boy) keeps following me, as does the loss of fellow citizens at prayer. And so I’ve turned from the outside in; I will write a bit and perhaps understand a little more about how the face and force of terror can follow us everywhere. And maybe that writing will show me a way to fight the helplessness I feel in the face of our ongoing arming and shooting of ourselves.

Early reports call the gun-boy a “loner,” and that term seeks, I think, to isolate, to suggest that he is singular and not representative. But that seems a lie. The gun-boy is from somewhere; he is rooted in white supremacist cant, and he does represent a part of our society that feels it has the right to suppress and murder anyone who “gets out of line” and is not white. The gun-boy and his ilk are terrorists. And they hope through instilled fear to return to or perpetuate a system where terror is institutional. Slavery was clearly such a system.

And so the gun-boy represents also a larger section of society that believes in some closet of the mind that those with colored skin don’t somehow measure up…because their skin is colored.

Sometimes, uncertain of words or unsure how to settle a roil of emotions, I turn to Henry Thoreau’s writing for its calm, lucid surfaces, even as I know that strong sub-currents lie beneath them. But in this angry time laced with disgust, I turn instead to his turbulent essay, Slavery in Massachusetts. In it a deeply angry Thoreau takes up the case of Anthony Burns, a runaway slave captured in Massachusetts in 1854 and the last slave to be returned to the south from that state. He tallies the extreme force and cost that society gathers to uphold the corrupt Fugitive Slave Law, and he wonders aloud if it is time for revolution. In short he goes at the system that oppresses and at each person who contributes to that system. 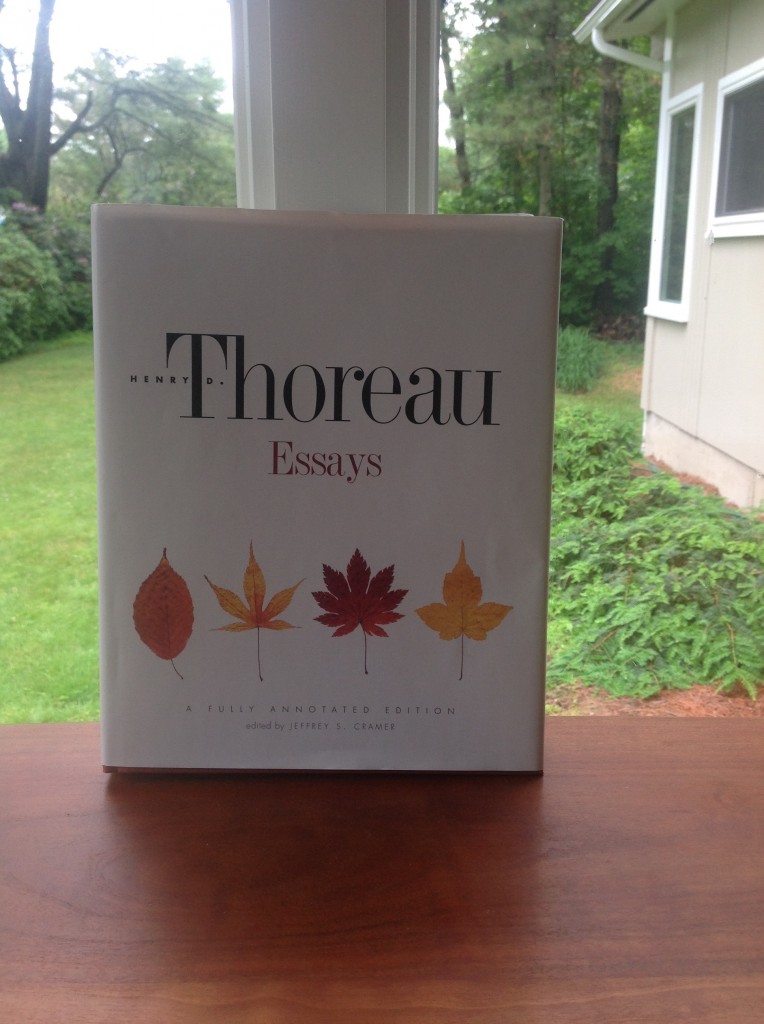 How, all this makes me wonder in my whiteness, do I contribute to the culture from which the gun-boy comes? And how do I oppose it?

Without straying too far into territory that requires many words and whose cross-currents are also strong, I will say that racial identity seems to me a construct that allows us to locate “the other” by pointing to difference. And, as a social construct, it can be enforced (e.g. Jim Crow laws) or denied (e.g. whiteness). Still, whiteness is such a construct, and it seems as easy to unhorse it intellectually as it is difficult to minimize its influence culturally. Simple ancestry suggests its silliness: whatever your assigned or held race, go back 10 generations and consider your 1024 ancestors, those people leading to the current point of this chevron, you. What are the chances that all of them are of the same cast, same source? Unless you are from a newly discovered and isolated group on some unforeseen and overlooked island, the chances are zero. Zero for you, zero for the gun-boy, zero for everyone.

Taking away membership, however, hasn’t been particularly effective as a way of promoting understanding and peace; perhaps replacing it is a better route.

I turn again to Henry Thoreau, who seems to have kept his balance, even when he felt himself “wholly within hell.” What did he do? It seems that he worked daily – both at his studies and writing, his life’s work, and at his relationships, both human and Natural. Every day, on foot and in writing, he sought connection and understanding; he went out to find them. The membership he discovered and developed finally was, I think, his greatest achievement.

End Note: it occurs to me that in making this post, I turned instinctively to Thoreau’s essays, and now I recall an old lesson: that the word “essay” comes from the French word essayer, meaning to try, attempt. That’s the work of the day and the day.

2 responses to “Here and Charleston”