Away – Thoreau, Prepared to See

Though a planned-for trip fell through, a few smaller adventures took its place, and one summer dusk, I found myself sitting in the back of an old, tin-walled church that had become what it once was, a community center in Deer Isle, Maine. The small building was full, its hardwood pews chocked with the fire-marshal-approved 5 people per, though I’m guessing that we now average more girth than the 5-somes that sat there 100 years ago. Until the windows were opened the air was fuzzy with heat. Our small cohort had gathered to hear from Maine’s new poet laureate, Stuart Kestenbaum. Stu, as islanders called him, would read a few poems and talk some about writing and creativity – “What’s the engine for that life?” asked the flyers posted around town, where most engines power lobster boats or pick-ups. 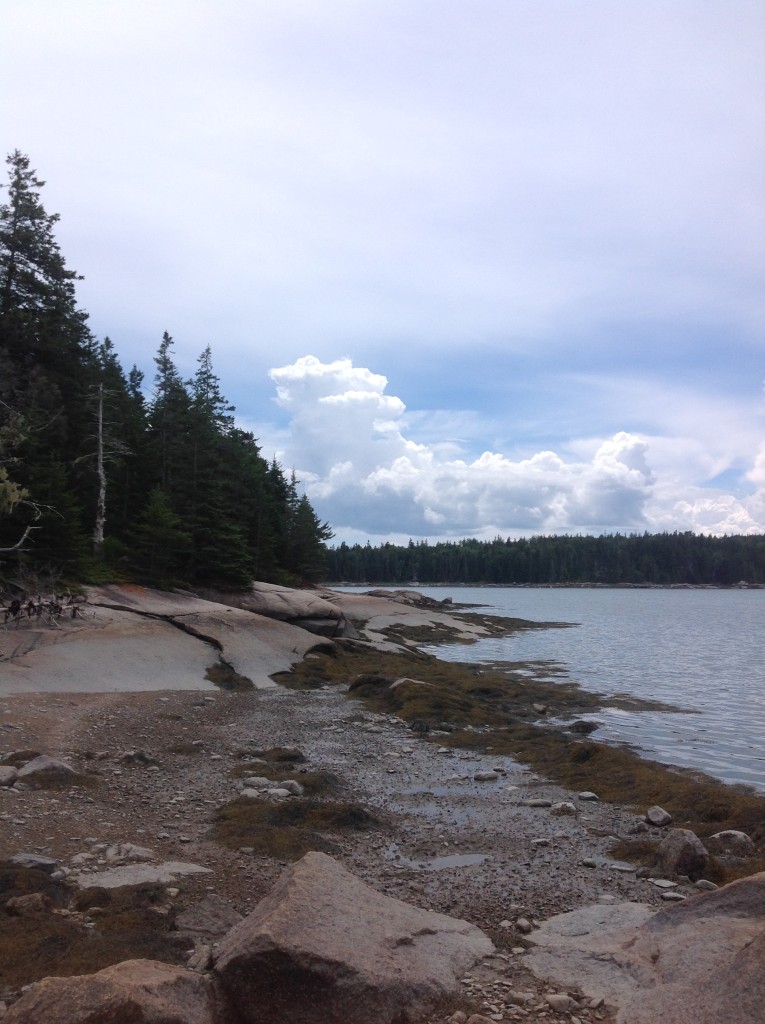 Kestenbaum began with three poems, and, with their clear narratives, they made easy listening, by which I mean the poems could be followed, not that they were facile. Then, in conversation with another poet, he began to talk about sustaining writing over time and amid other work – poetry may be a calling, but it isn’t often fiscally-sustaining work. Asked about his “deal” with the state for his 5-year laureate’s term, Kestenbaum said he looked forward to being “waved through the tolls on the turnpike.” Compensation clearly would come as something other than money.

“I’ve heard that reading 100 poems for every one you write is a good ratio,” he said, and then he outlined a morning where he read poems to begin his day, prime his mind. Tucked into my rear pew, I resolved – for the xth time – to go and do likewise, to read from what Robert Bly once called “News of the Universe” instead of the news websites that excite all the wrong sectors of my mind.

And so on this late summer morning, when, a month-plus past solstice, I note that sun’s shifted slightly lower in the pines, I open Take Heart, an anthology of Maine poems put together by Kestenbaum’s predecessor, Wesley McNair. And, on page 146 (I dip and read at random), I find this poem by Robert M. Chute:

I’ve never found an arrowhead,
one flinty chip of history.
Young Thoreau, they said, if he walked by
some farmer’s fresh-plowed field could just
stoop down and pick one up. As if
the spirit that shaped them drew them
up to his attention. Stoney bread crumbs
no birds will eat, these points and flakes
led him from the town into the
saving woods and wilderness which might
save us all. His faith led him onto find
what he believed. We find,
he said, what we are prepared to see.

This seems just the way to begin the day.

Comments Off on Away – Thoreau, Prepared to See