It’s not hard to decipher where this title came from. Like our touchstone, Henry Thoreau, I have been outside, and now, from my morning chair by two large windows, I can see the sheets, flurries and wind-worries of leftover storm, which follows earlier storm and, I suppose, anticipates the next. We are in the thrall of snow. And, while we missed the two feet predicted 48 hours ago, this winter’s full measure has been enough to send me “up-roof,” as my neighbors say, to see about easing the load on our sun-state-design, shallow-pitched roof.

Up there, I’ve found a stratigraphy of this remarkable geology of snow, in which I read its narrative, even as I remove it. Each storm has its story, which is, in turn pressed down and preserved by the next. This morning, I put in about an hour of shoveling, flinging an estimated 3000 pounds of snow over the edge, where it grew into piles that should remind into May. When I climbed down and went to move the flank of one of those piles, I encountered a familiar metamorphosis. The soft snow I had thrown easily from the roof had set like the whitest concrete; when I did chop some of it free, it came off in dense chunks. The shift from angel snow to construction-grade hardpack had taken less than an hour. 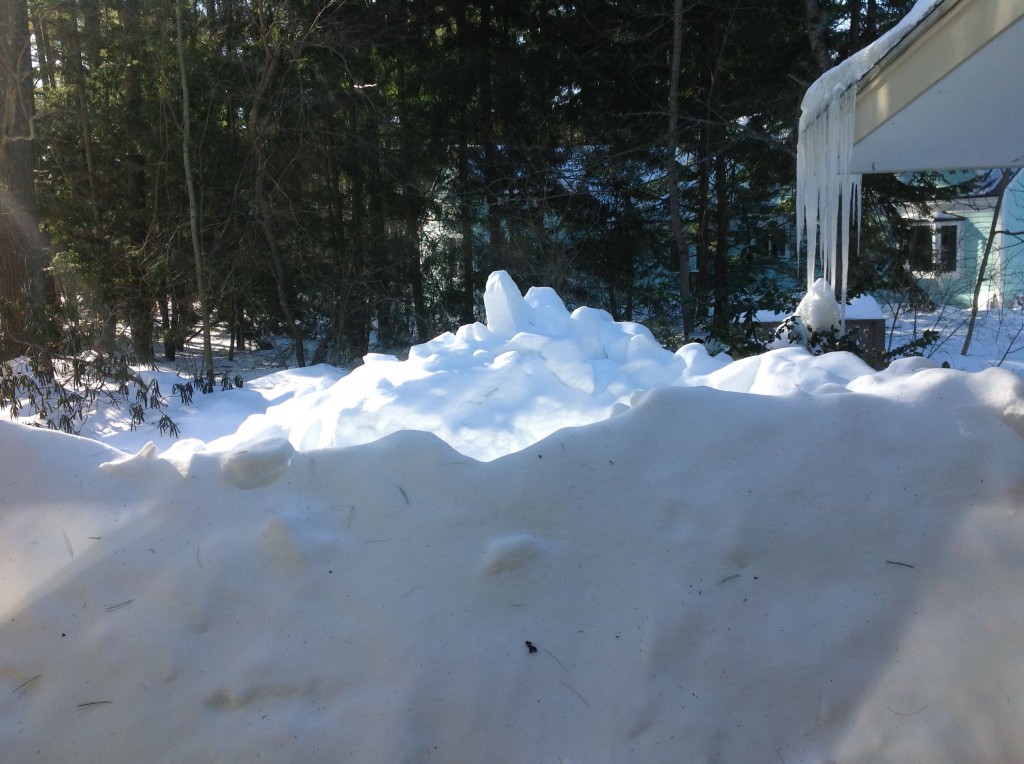 A decade or so ago, I was sent a book for review (review appended at the end of this post). I read Jill Fredston’s Snowstruck avidly and with increasing admiration. Fredstone and her husband Doug Fesler (composers of most interesting northern lives) are avalanche experts from Alaska, and her 2005 book distilled their experience and a series of harrowing narratives into a very readable chronicle of moving snow. The book has since become a must-read for many avalanche courses.

What I recalled from the book was the wild variety of snows on offer, and the way it emphasized moving snow’s grip when it comes to rest. What seems a wonderland of sliding can become, rapidly, a hard, gripping reality.

As I’ve read through Thoreau’s 1855 and 1856 winters, while this Winter of ’15 mesmerizes, I’ve noted down its snows. And now in its deepness, I climb to my roof and read its layerings. It occurs to me that I am in the company of Proteus, the shapeshifter; day after day, as I wrestle with him, he keeps changing. 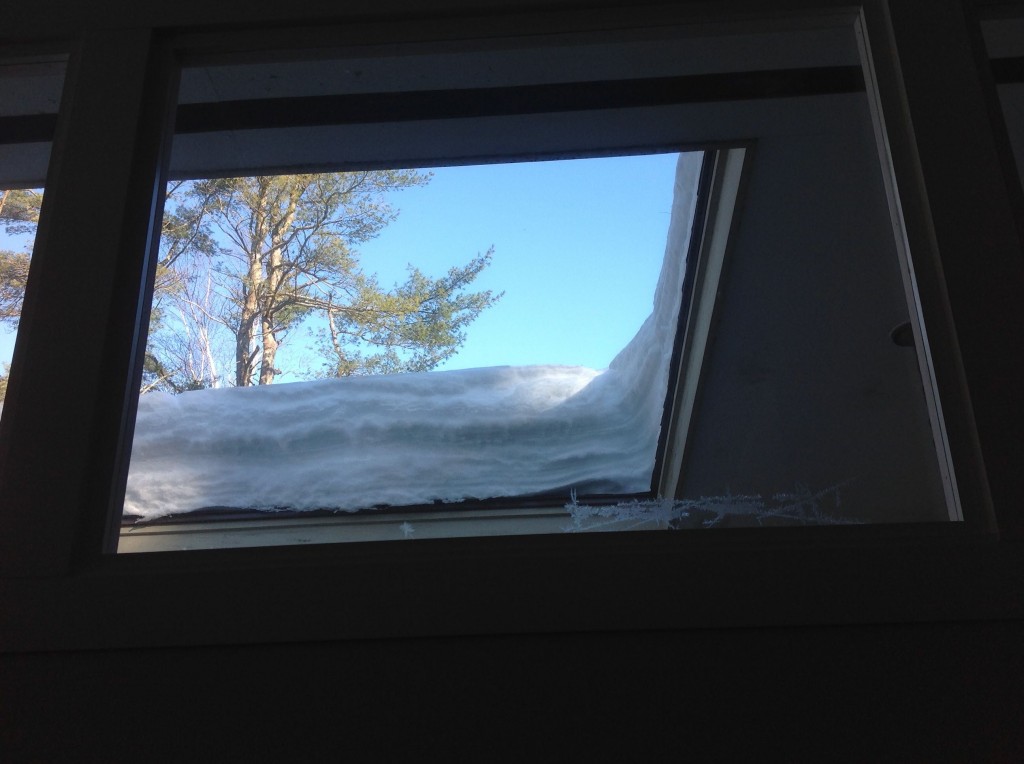 Snowstruck’s chapter three opens with a photo of a long chain of people ascending Alaska’s wintery Chilkoot Pass. Soon the reader learns that everyone in the photo is doing “the Chilkoot Lockstep,” an uphill shuffle to the top of the pass and a chance at joining the 1898 gold rush into Alaska’s Klondike. But a reader who knows snow might be pardoned for wondering what all those people were doing tramping together across a slope that looks distinctly like avalanche terrain. “Seeking fortune,” would be the ready answer, but of course those who seek gold often find hard lessons rather than wealth, and most of these Klondike stampeders found hardship in abundance. Later in the chapter, woe visits in the form of one of history’s deadliest avalanches, wiping out tens of stampeders.

The story of these Klondike aspirants is uncovered by one of Snowstruck’s central characters, snow and avalanche guru Doug Fesler, who also happens to be the author’s husband (their romance is a subplot of this larger love affair with snow). Fesler is digging back through old newspapers to learn more of avalanche history in Alaska (their home state). It is a measure of his and the book’s focus on avalanches that he will closet himself in small, dark rooms to read microfilms about snow sliding a hundred years ago. That he is rediscovering an intimacy of knowledge about the natural world that Alaska’s aboriginal people had casts Fesler (and the author) as valuable anachronisms, albeit ones who use modern analytic tools. They are the ones who remind us in lucid detail of what is lost when we march in lockstep pursuit of wealth and out of right relationship with nature – we might as well be crossing a perilous slope poised to carry us all away.

Comments Off on Protean Snow