Posted on November 2, 2016 by Sandy Stott | Comments Off on Afterwalk After Workshop

Forethought: Perhaps you have had the good fortune to be part of a workshop that morphs from being a meeting of strangers to a gathering of kindreds in short order. I’m not, as is probably true for many who meander along Thoreau-like trails, much of a joiner. The singular is simple and simple is often single; in Walden the “I” is prized. But there are times…when gathering feels and looks like striking flints together near tinder; sometimes the room lights up. These thoughts then for the group of 15 writers who took up residence at the Appalachian Mountain Club’s Cardigan Lodge for the weekend past (and even, fleetingly, for the 30+ middle schoolers who ricocheted around the place as their elders weighed words). 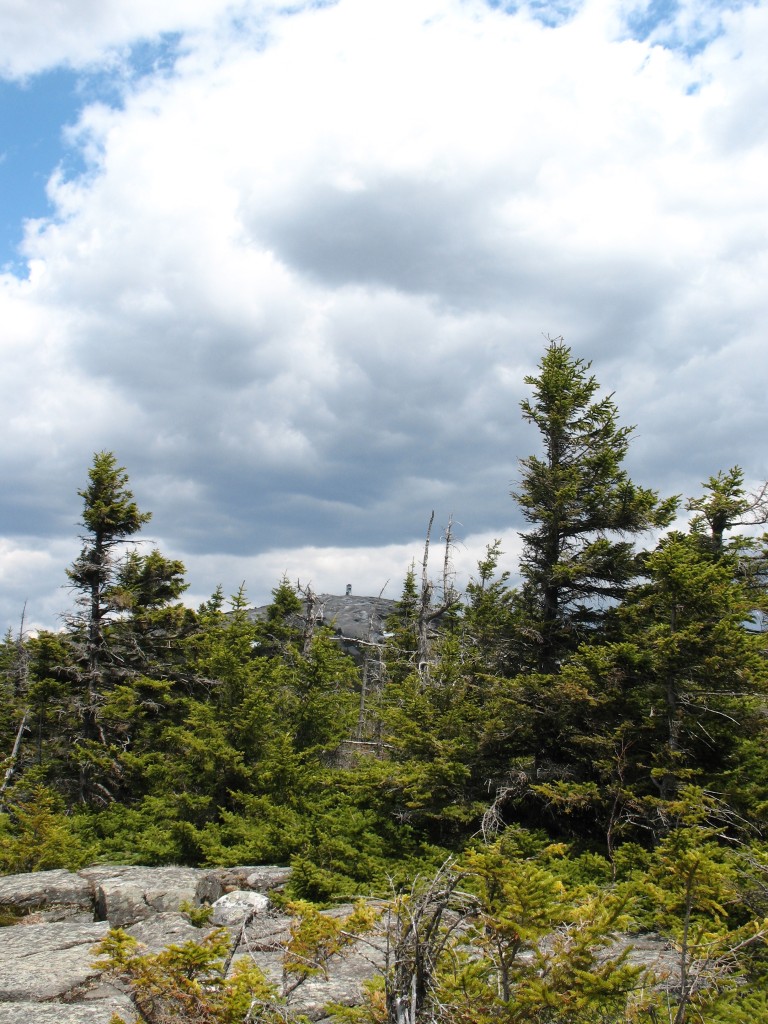 The mountain that watched it all.

On Monday, after our writers’ workshop weekend, I returned to the Cardigan region, in part so I could meet a morning appointment the next day in nearby Concord, NH. But I also felt drawn by the pleasure of the receding weekend, in the way that you may hope to revisit a place where good things happened for you. In early afternoon, I arrived in the little valley that’s one ridge over from the lodge where we met, and the morning’s clouds were thinning, winging off before a fresh northwest wind.

Even during my approach to the valley, it was clear that the weekend’s early snows had melted; only an unbalanced eyebrow of white bristled here and there in the light on Cardigan’s dome. Unpacking took two minutes, and then one of the weekend’s centerpoints reappeared: “Time for a walk,” a composite voice said. “Yes, a walk,” I answered. “Yes.”

In the short interim, hunting season’s begun, and so, after dressing in loud, or as it’s advertised, “blaze” orange  vest and thickspun hat, I set out on a 5-mile loop that high water had made unavailable to us just two days ago. The loop ambles up our little valley until it bumps up against a trail called the Back 80 Loop; from there it’s just under a mile to the cellar hole at 1642 feet. That’s the same cellar hole that Allen, one of the weekend’s crew, visited during Saturday’s walk, and it’s also the highpoint of a walk my wife and I have taken for decades.

I wonder, as I walk, if Thoreau and his Concord friends ever gathered to read from unfinished work to each other? Not as in at the lyceum, or in other lecture formats, but from, let’s say, the 3rd draft of Walden, or, after walking, a round of hastily-scribed impressions. I scan my past readings and memory and find that I don’t know. Perhaps you do, and will send on answer.

Reaching that cellar hole returned me to the past – not the deep one, but the recent one: I was now walking in one of our writer’s footsteps. I turned downhill, and, a mile later, I arrived at the lodge. The afternoon light was such that the windows were opaque – who knew what or who was inside; maybe some of our writers – but the parking lot was empty. Just so, when you walk into the past: there’s possible return hidden behind the windows, but the parking lot says that time – and everyone who lives in it – have moved on.

Still, as I stood looking back up at the mountain – clear on this day – I was happy to return to place and memory at the same time. It was, I decided, a rare gathering of people who like (and are often loopy about) mountains approached one step at a time, a line of walking that’s kin to a line of words. Follow each, and at some point you look up and say, “O, look a that. Look where I am!” 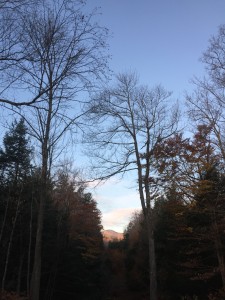