Finding Joy in a Cut Landscape

I will confess to a little gloominess in recent days – it’s hard to turn a page or click a link and find good news in the next page or screen. And yet, as I work each morning near an open window, or read at night and hear the peepers soliciting each other, my low mood rises.

As part of my work, I’ve been rereading some of Thoreau’s journal from 1854 – a year when he is, perhaps, at the height of his powers. Publication of Walden’s not far away; the long trudge through draft after draft’s nearly done. It is time to look up…and out.

Our world tends more and more toward scolds, even as decades of experience make clear that most of us don’t respond well to even the most well-meaning of them. And, surely, we’ve all read passages where Thoreau points a finger at us and shakes it. But as I’ve read through the spring of ’54, with its burgeoning life, it’s clear Thoreau can scarcely contain himself. Here is odd example: on 4/14/54, he is annoyed at the distraction of a body that has had the temerity to turn up in the Sudbury River near Fair Haven Pond. How dare human death and woe distract from the birthing of the world? That seems a bit callous, but Thoreau isn’t being mean spirited, I think; he is simply intent on his season.

Today’s Fairhaven Bay is immeasurably, or nearly so, wilder and more forested than in Thoreau’s time, but he finds so much joy in even this scalped landscape; he can’t stop noting what’s there, instead of what’s not, even as what’s not there could be a book in itself. But as spring runs its sap through him, he is joyful…and remarkably observant of each plant’s advent. All these little births; all this uplift. It’s enough to make you think that life does go on. 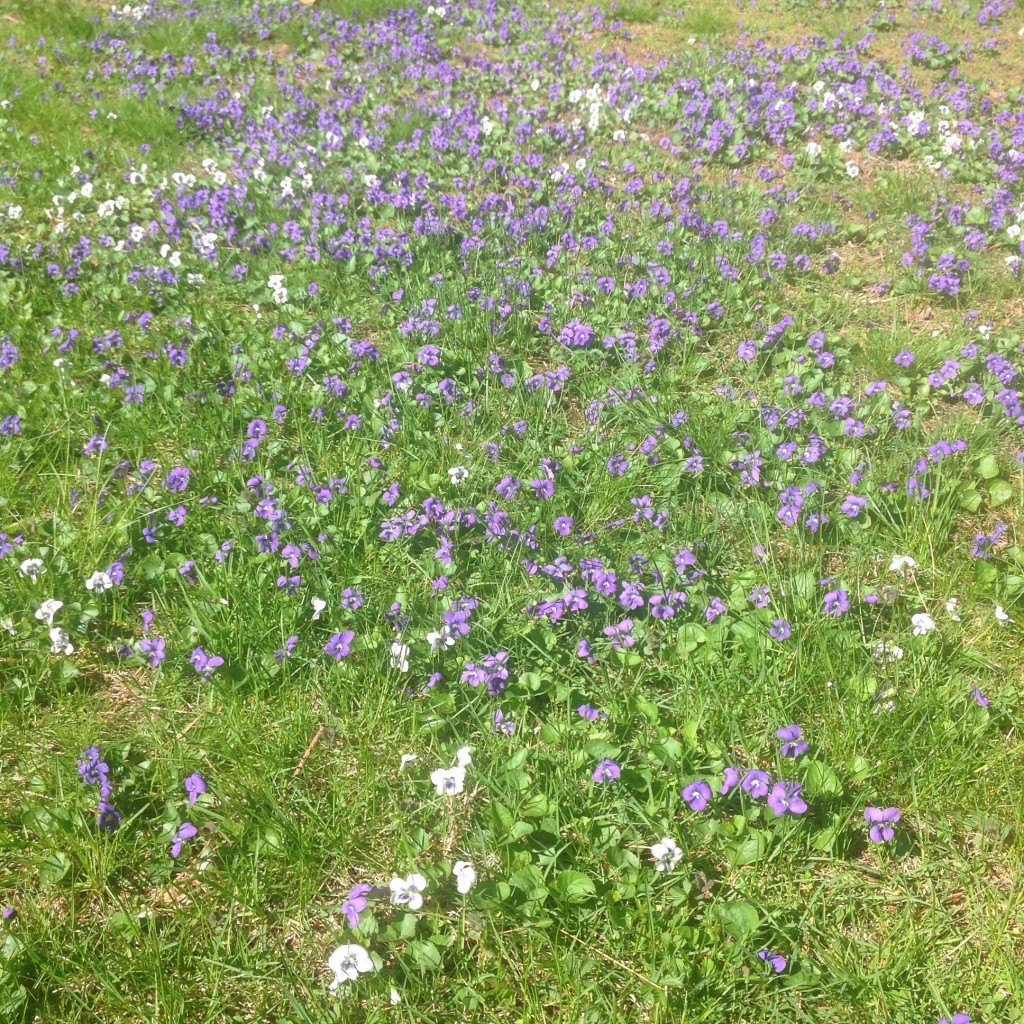 So it is with the violets, who just now are enjoying their high season in the yard. One section is wearing a coverlet of purple and white; it looks regal. I watch them as I have my morning coffee.

Added note: and today, one of the rhododendrons came out; soon, the lilacs. Purple phase all through my brain – (apologies to J Hendrix). 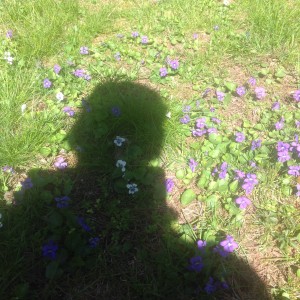 Comments Off on Finding Joy in a Cut Landscape