Corinne H. Smith is a tour guide and program coordinator at the
Thoreau Farm Birthplace, and is the author of ‘Westward I Go Free:
Tracing Thoreau’s Last Journey. 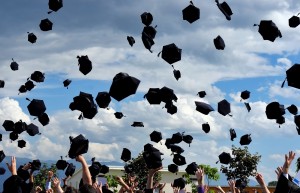 Thank you for inviting me to speak on this occasion. As some of you may know, I am not without opinion about the experiment you are about to launch. Here are a few thoughts for company along the way.

It is remarkable how easily and insensibly we fall into a particular route, and make a beaten track for ourselves. (Walden, “Conclusion”)

Not till we are lost, in other words not till we have lost the world, do we begin to find ourselves, and realize where we are and the infinite extent of our relations. (Walden, ”The Village”)

Perhaps you have heard of a particular endeavor, which I once embarked upon.

I lived alone, in the woods, a mile from any neighbor, in a house which I had built myself, on the shore of Walden Pond, in Concord, Massachusetts, and earned my living by the labor of my hands only. I lived there two years and two months. At present I am a sojourner in civilized life again. (Walden, “Economy”)

I went to the woods because I wished to live deliberately, to front only the essential facts of life, and see if I could not learn what it had to teach, and not, when I came to die, discover that I had not lived. I did not wish to live what was not life, living is so dear; nor did I wish to practice resignation, unless it was quite necessary. I wanted to live deep and suck out all the marrow of life … (Walden, “Where I Lived and What I Lived For”)

It is worth the while to have lived a primitive wilderness life at some time, to know what are, after all, the necessaries of life and what methods society has taken to supply them. (Journal, 1845-1846)

I had three chairs in my house: one for solitude, two for friendship, three for society. (Walden, “Solitude”)

I thrive best on solitude. If I have had a companion only one day in a week, unless it were one or two I could name, I find that the value of the week to me has been seriously affected. It dissipates my days, and often it takes me another week to get over it.
(Journal, December 28, 1856)

I maintained myself thus solely by the labor of my hands, and I found that, by working about six weeks in a year, I could meet all the expenses of living. (Walden, “Economy”)

My retreat also gave me the chance to write, to think, and to question.

Why should we live with such hurry and waste of life? We are determined to be starved before we are hungry. (Walden, “Where I Lived and What I Lived For”)

The mass of men lead lives of quiet desperation. What is called resignation is confirmed desperation. From the desperate city you go into the desperate country, and have to console yourself with the bravery of minks and muskrats. (Walden, “Economy”)

Why should we be in such desperate haste to succeed and in such desperate enterprises? If a man does not keep pace with his companions, perhaps it is because he hears a different drummer. Let him step to the music which he hears, however measured or far away. (Walden, “Conclusion”)

I am convinced, both by faith and experience, that to maintain one’s self on this earth is not a hardship but a pastime, if we will live simply and wisely…. (Walden, “Economy”)

Let not to get a living be thy trade, but thy sport. (Walden, “Baker Farm”)

Rather than love, than money, than fame, give me truth. (Walden, “Conclusion”)

I do believe in simplicity. It is astonishing as well as sad, how many trivial affairs even the wisest man thinks he must attend to in a day; how singular an affair he thinks he must omit. When the mathematician would solve a difficult problem, he first frees the equation of all encumbrances, and reduces it to its simplest terms. So simplify the problems of life, distinguish the necessary and the real. Probe the earth to see where your main roots run. (Letter to H.G.O. Blake, March 27, 1848)

If one listens to the faintest but constant suggestions of his genius, which are certainly true, he sees not to what extremes, or even insanity, it may lead him; and yet that way, as he grows more resolute and faithful, his road lies. (Walden, “Higher Laws”)

If the day and the night are such that you greet them with joy, and life emits a fragrance like flowers and sweet-scented herbs, is more elastic, more starry, more immortal, — that is your success. All nature is your congratulation, and you have cause momentarily to bless yourself. (Walden, “Higher Laws”)

I left the woods for as good a reason as I went there. Perhaps it seemed to me that I had several more lives to live, and could not spare any more time for that one. (Walden, “Conclusion”)

I learned this, at least, by my experiment: that if one advances confidently in the direction of his dreams, and endeavors to live the life which he has imagined, he will meet with a success unexpected in common hours. (Walden, “Conclusion”)

I would not have any one adopt my mode of living on any account … I desire that there may be as many different persons in the world as possible; but I would have each one be very careful to find out and pursue his own way, and not his father’s or his mother’s or his neighbor’s instead. The youth may build or plant or sail, only let him not be hindered from doing that which he tells me he would like to do. (Walden, “Economy”)

For more than a decade, you have participated in, and perhaps have learned from an educational system. I ask,

What does education often do? It makes a straight-cut ditch of a free, meandering brook. (Journal, 1850)

Today marks the opportunity to break through these banks of clay, and to begin to flow where your own waters will lead you.

Now or never! You must live in the present, launch yourself on every wave, find your eternity in each moment. Fools stand on their island opportunities and look toward another land. There is no other land; there is no other life but this, or the like of this. … Take any other course, and life will be a succession of regrets. Let us see vessels sailing prosperously before the wind, and not simply stranded barks. There is no world for the penitent and regretful. (Journal, April 24, 1859)

If there is an experiment which you would like to try – try it. Do not entertain doubts if they are not agreeable to you. Remember that you need not eat unless you are hungry. … Do what nobody else can do for you – Omit to do anything else. (Letter to H.G.O. Blake, August 9, 1850)

If you have built castles in the air, your work need not be lost; that is where they should be. Now put the foundations under them. (Walden, “Conclusion”)

The Universe is wider than our views of it. (Walden, “Conclusion”) 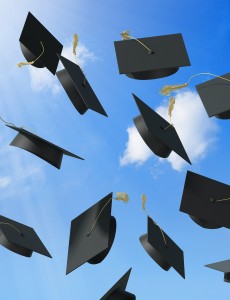 Comments Off on Beginnings – Thoreau at Commencement