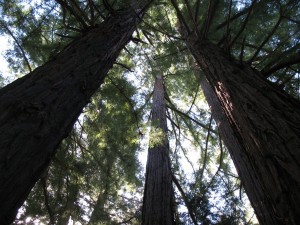 I shift, redistributing my weight on the folding wooden chair. The sun catches in the black folds of my gown, and there the heat grows intense; it seems to swim up in waves before my eyes, which stare vaguely at the figure on the stage. A rivulet of sweat trickles down the center of my back. Were a race of ingested chemicals loose in my bloodstream, the waving arms and the white angel’s robe before me would say “hallucination.” But the hand of the sun and the bass throb of headache and the heavy morning light of May say simply, “He is just a man, a speaker; sit.”

A phalanx of black-gowned, degree-hooded professors sits patiently on a stage stretched across the courtyard’s only shade and listens while the white-clothed poet dismisses their world with a flip of his raised hands. “What do you know?” says Robert Bly to me and my rank of classmates. “Not much,” he concludes for us. “Yet.” I shift again, glance down the row to my friend Tim, try then to cast back to the comfort of last night’s darkness and its final raucous cries, a night of raised glasses and imagined worlds that are already washed up on the day’s sun-warmed rocks. “But here’s how you can begin to learn. To learn about the real life of this world. Borrow five hundred dollars from your parents, and go live in the woods.” Professors stiffen visibly; I settle back in my chair and eye the poet. “Go to the woods where the world is formed,” Bly says.

Though Henry Thoreau is still a distant, future reading and walking companion, I, an indifferent student these four years past, straighten a little in my chair, begin to take notice of instruction even as the gates of school are swinging shut. The poet’s arms rise and fall, miming flight even as he urges it. He cites others of his ilk, composers along the world’s margins, layered, revered presences in classrooms but unknown elsewhere. Here is Thoreau again — “There were times when I could not afford to sacrifice the bloom of the present moment to any work, whether of the head or hands. I love a broad margin to my life…”

Already though, in my little square of faux-shade cast by the mortarboard, I am drifting; only this light puff of advice nudges me now toward the woods.

Another wind blows high over the country, a kind of reverse jet stream that courses from east to west. Big-bellied planes descend from it and disgorge fatigue-cloaked eighteen-year-olds and fat-wheeled vehicles on the airstrips of Vietnam. Bly has been invited to this launching of young men because he is famously against this poorly-explained war that seems intent on soaking up a generation of unaffiliated young men. Yesterday, in the school’s chapel, he railed against the distant war and its besuited prosecutors. He implored our cohort of three hundred soon-to-be graduates to resist; he talked about loss of humanity, loss of self, and he read anthem-like verses from the long generations of robed poets, who turned from the savage beauty rendered by their ur-brother Homer and said “no.” He read to young men who sat there counting the touches of the slow finger of the Selective Service as it pointed singly to birth-date after birth-date. I weighed mine against the coming months. One hundred and fifty-five. The current call had reached seventy-seven. Up high, the wind roared.

The sun lies in tiger stripes across the rugs in the quiet house. Both parents are at work, and my brother still has weeks of school before late June’s release. At the breakfast table, slowly eating milk-sodden cereal, I sketch the lines of my plan. The five hundred dollars is out of the question. Already, the past four years has added a complex of debt to my parents’ calculations, and I am the first sibling out of the house. But there is the old house, a thin-walled, unplumbed, old clapboard cape set at road’s end on a New Hampshire knoll, looking out over reclaimed pastures and guarded by a paternal barn. There is the old house. And around it there is the valley, circumscribed by the high arms of two ridgelines that sweep finally up to the mountain.

My parents bought the house and surrounding land ten years ago as a place of distant retirement, and as a family retreat. Summers of sawing and scything and winters of trudging and skiing have taught us all the valley’s first lessons, given us first rewards — small but open fields for meandering and berrying, and thick, regrown woodlands for a sense of original land. I first drove myself there a little over four years ago. In a rare instance of overlap where school and life intersected, I wrote about this journey and submitted it to the college’s student literary magazine. Its near-acceptance — they asked for revisions, and I never gotten around to making them — was a high point in an otherwise mired, final year. I still had the dog-eared sheets and the note asking for revision. The house and the essay are the thin walls of my plan; they are a beginning.