“That Government…” and Hope 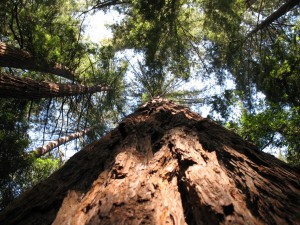 I’ve begun pressing on the keys of this post with some unease. The other day, during a walk in Estabrook Woods, I found myself wondering what our former woods-wanderer, Henry Thoreau, would make of our current election and the politics that surround it. Who, I wondered, would Henry vote for? Musing about politics seems a good way to spoil a walk, but there I was. And here I am.

It’s evident, I think, to any close reader that Henry Thoreau leaned toward a Libertarian outlook. He was loudly interested in freedom, and he was no fan of the collective and its will. “Let the I in this world be me; don’t bother me with we,” he might have said. Or, hewing more closely to real text, we have these words, this “motto,” from his famous essay on civil disobedience: “That government is best which governs least.”

That’s clear, and I hear the rhythmic clapping from my right. “Henry would be drinking (or tossing) tea with us,” they’re saying. Perhaps. But would all that tea suspend the judgment of his ferociously observant and fact-collecting mind? Would, for example, the scientist in Henry concur that climate change and its myriad studies that point to human influence on it are hoaxes simply because they are inconvenient to our way of life? The “know-nothingism” at the heart of climate change denial runs so counter to his intellectual current of know-everythingism.

And perhaps more centrally would Henry Thoreau find companionship in the mean-spiritedness of many on the intolerant fringe, who would misrepresent the views of others and even seek to deny a president’s documented citizenship? As I’ve read him over the years I’ve often thought, Henry was no hater…at least of the individual. What people could conjure en masse was a different story – one only had to look to slavery to see our potential for collective evil. And the foreign “adventure” of war, say with Mexico? (Or Iraq?) Only blocks of obedient men could conjure such a horror.

Trailing Henry Thoreau over the years through woods and thickets of words, I’ve noticed that each person he meets is rife with potential, even, for example, the downtrodden John Field, the bog-mucker living with his family in a lightless shanty in the Baker Farm chapter of Walden. Though his lecture on living well mystifies John Field and shows Henry to read his audience poorly, and though the encounter occasions a minor crisis of self-doubt in him, Henry’s spirit of belief in individual possibility shines. And on days when I grow weary or distressed by the group-think of the politics of intolerance, I go looking for the reed of hope that is a single being. Often a student, or a tree, or even, perhaps, a president.

And you, where’s your hope found?

One Response to “That Government…” and Hope