I should be moving on, out into the glad day, on to what is immediate and away from the parsings of a small mind. It is, after all, October and the tints in all slants of sun are especially vivid after the season of many greens. Still, the recent piece in the New Yorker rankles, perhaps particularly because I so often respect its writers and their analyses of what’s afoot (or wheeling along) in the world.

So, just one more close look at one more of staff writer Kathryn Schulz’s weak readings, and then, I’ll move on. So.

In mid-essay, Schulz tries to work with her central accusation of hypocrisy by assailing Thoreau’s assessment of the railroad – newly put through in 1844 – that passes not far to the west of his Walden house. She finds Thoreau inconsistent, writing:

Nor was he interested in subjecting his claims to logical scrutiny. And that is the second problem with basing one’s beliefs on personal intuition and direct revelation: it justifies the substitution of anecdote and and authority for evidence and reason. The result, in Walden, is an unnavigable thicket of contradiction and caprice. At one moment, Thoreau fulminates against the railroad, ‘that devilish Iron Horse, whose ear-rending neigh is heard throughout the town’; in the next he claims that he is ‘refreshed and expanded when the freight train rattles past me.’

Here, Schulz chooses a contradiction and then scurries on to another, ignoring the context of the railroad passage in the chapter “Sounds.” That fine passage, pp. 114 – 122 in the Princeton Edition, turns on, resolves its apparent contradiction, by using the conditional mood, a mood that seems to escape the little eyes of Schulz’s notice. On pages 115 and 116, in rapid succession, Thoreau offers 5 “ifs,” conditions under which the project that is the railroad, and, by extension, inventive enterprise, might be “heroic”: “If all were as it seems, and men made the elements their servants for noble ends!”; “If the cloud that hangs over the engine were the perspiration of heroic deeds…then the elements and Nature herself would cheerfully accompany men on their errands and be their escort.”

Yes, Thoreau points out, it is possible to live an inventive life, to conjure trains (or, if we were to consider a modern analog, the Internet), in concert with Nature, IF one aligns one’s purpose and thinking with Nature. No stranger to mechanical aptitude and inventive capability, Thoreau knew that our inventions can be marvels. And, he knew also, we tend to make our inventions joust with Nature rather than fit with it. And we tend to apply them to their lowest purpose, accumulating riches, thereby squandering their potential. Thoreau is “refreshed and expanded” by that inventive potential, by the knowledge that we can win with our capabilities, not by the potential for accumulating capital. But he sees the devil in the uses to which we commonly put our inventions. Positive possibility twinned with clear-eyed criticism, with a good dollop of poetry added – that’s Thoreau’s take on the railroad. Schulz, however, misses that train of thought.

I know; I know…time to go outside, time to see the colors fly in the prismatic forest. Time to listen to the pileated woodpecker laugh; he has the right response. 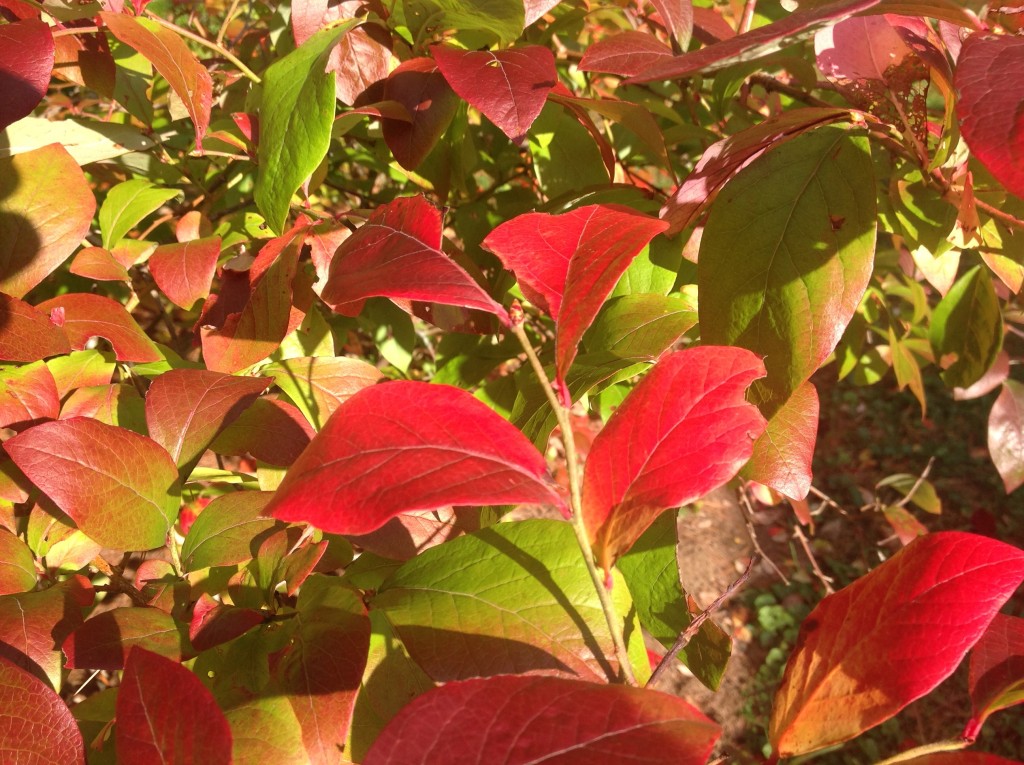 One Response to Train of Thought