The entrance to the National Library of Ireland looks out over an attractive courtyard that fronts the parliament building. Once inside the library, a quick right turn takes you through a hallway of Joyce photos with a short bio that notes Joyce’s early aspiration as a singer and then down a flight of stairs for a visit with William Butler Yeats. Having long admired Yeats’ poetry, I was eager to get there. As I descended, I heard a voice that sounded like creaky furniture: ” I will arise and go now…” And my mind filled in the next words – and go to Innisfree. The rhythm set up in my head, and I mouthed the words as the old, rough-jointed voice read on. That must be Yeats himself, I thought, and it was. The poem ended, and for the next reading a famous Irish actor took over, sailing me to Byzantium. 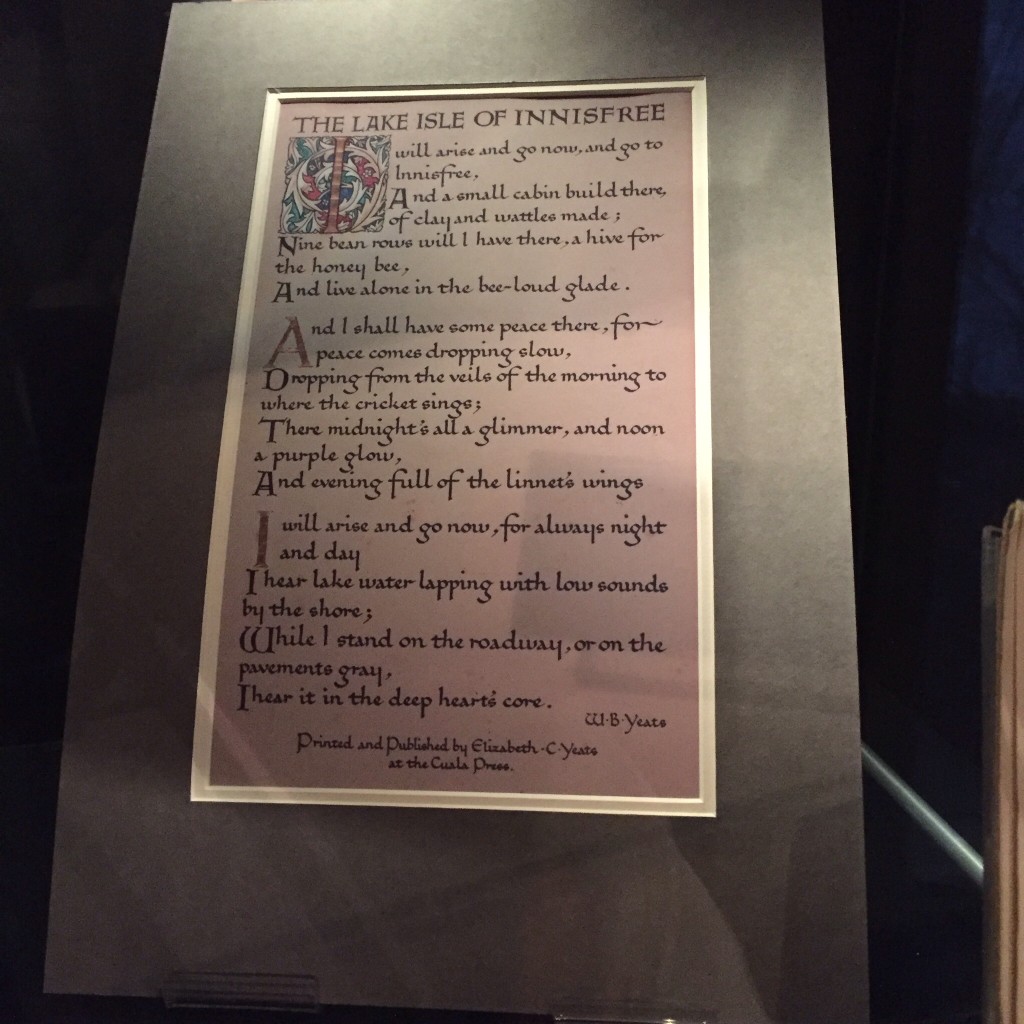 Well that was a worthy beginning, I thought, and then I began to nose into the corners of this permanent exhibit, looking over notebooks and letters and manuscripts, with their fascinating cross outs and emendations. Not far in, my eye was drawn by an opened volume with a familiar word on its title page – Walden, it said. And there was Yeats’ personal copy of Walden, with a note beside it pointing to the book as inspiration for The Lake Isle of Innisfree. I read the poem again. Of course…there in its early lines is the cabin that the poet will build, and, a little later, the rows of beans that he will sow. And there, as solace when the poet returns to the gray world of the village, is the memory of the isle, the lake, the “bee-loud glade” to which he can return if he chooses.

It’s an early poem in Yeats’ work, and much greater poems followed, among them the always prescient Second Coming, but the need to step away, if only for a while, resonates for the young Yeats, and for many of us. Often, I think, we read our poets with the same hope.

2 responses to “Rising to Go”