First, a disclaimer: our Commons, though satisfyingly treed and amply berried, has no bears, though some of us may hope for the odd transient, who has a mind to summer at the coast. Still, the nuts and berries found there bring on the mindset of a bear, and so, today I am his or her stand-in; this is my bear’s notebook.

(Disclaimer #2: Henry Thoreau had no experience of bears in shorn Concord, though he liked to imagine his way back to a time when bears were native there.)

These paw-scribed pages are rife with record of what we bears care most about: food. Or the promise of it. Enough food leads to fat, and fat is winter’s warm sleep enabled. So this spring walk looks forward to: food. There is, of course, the time-honored, all-season grubbing for insects. That’s reliable in the way grain may be an everyday part of your diet.

But today, I’m not interested in tearing up logs or clawing into burrows; instead, I have sweetness in and on mind. The wide spacing of this pitch-pine forest leaves plenty of light for the brush beneath the pines, and that light spurs the brush below. And each year, that light concentrates in blueberries that begin to ripen in early July, and then come on for that month’s remainder.

But each year brings also variation – last year’s primo patch is often sparse, and creeping undergrowth can crowd out the low bush blueberries, or spreading crowns can shade out the high bush ones. There’s no burning over the brush of the Commons, and so each summer any berry-intent being needs to scope out the best patches. When is that best done? Now.

How so, you may want to know. Later, when the berries are first green, they blend with the leaves, and, from any distance they are hard to see. Then, even as they go purple and blue, often the best clusters are beneath leaves that have grown dense with summer. But now, amid the pollinating whirr of bees, the patches thick with white flowers are easy to spot. There, given the annual bee-brought miracle, will be the thickest gatherings of berries. 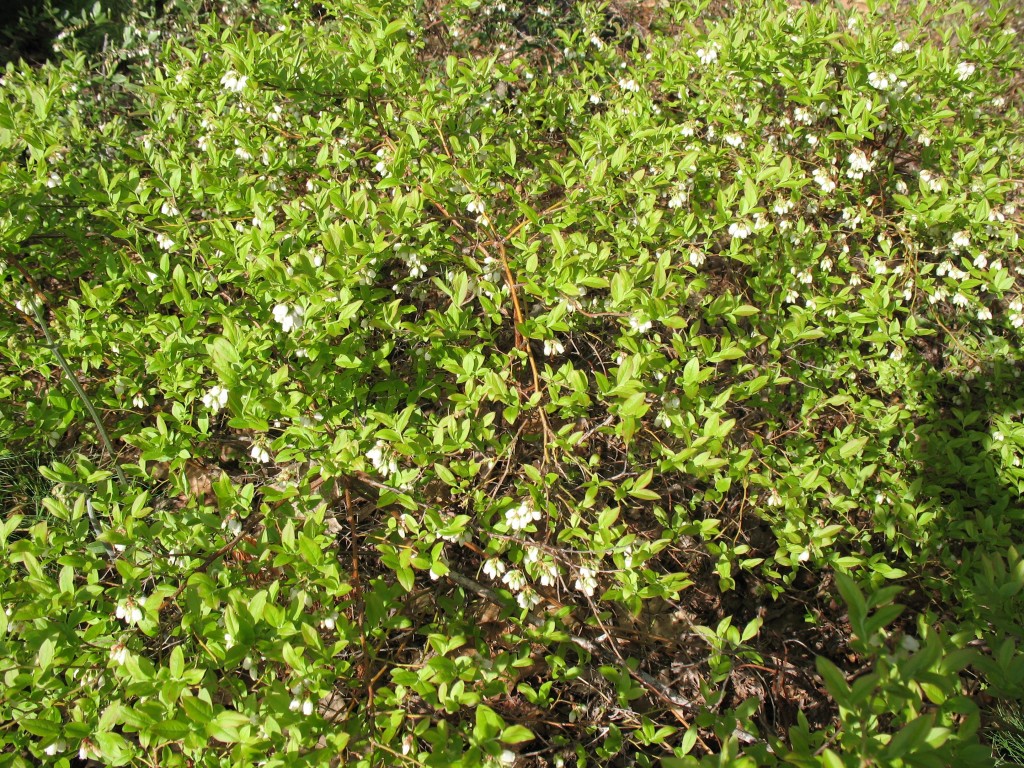 And so, as I amble here, then there in these woods, my head swinging first to this side, then to that, I make a bear’s map of these white bursts amid the new green. I’ll be back to each bush in 6 or 7 weeks.

As Robert Frost once wrote, “You come too.”

Comments Off on A Bear’s Notebook