“But the murders in Paris were so specific and so brazen as to make their meaning quite clear. The cartoonists died for an idea. The killers are soldiers in a war against freedom of thought and speech, against tolerance, pluralism, and the right to offend—against everything decent in a democratic society. So we must all try to be Charlie, not just today but every day.” – George Packer, The New Yorker Website, 1/7/15

Today’s killings took place where I walked a few weeks ago, and they took place in a city whose openness to such walking is a statement of both charm and conviction. In his post on the New Yorker website, George Packer gets it right, I think. Each day, when I get up and begin again, I need to say, “Je suis Charlie.” To myself, to those I care about, to those I meet.

I suspect that Henry Thoreau, who had the tongue to say it well, would agree. 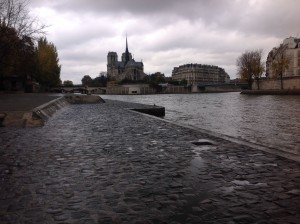