Posted on January 16, 2015 by Sandy Stott | Comments Off on Borne Along

“Skated to Baker Farm with a rapidity which astonished myself, before the wind, feeling the rise and fall – the water having settled in the suddenly cold night – which I had not time to see…a man feels like a new creature, a deer, perhaps, moving at this rate…I judged that in a quarter of an hour I was three and a half miles from home without having made any particular exertion, – à la volaille.” Journal 1/14/1855

And that seems just the expansive note to counter winter’s deepness, where often we read and feed our way from afternoon’s light and evening’s dark. Today that deepness burrows in as cold of the nose-webbing, frost-feathery sort. At first light it was 10 below zero, and the rhododendron leaves were curled in tightly on themselves like so many little cigars; the birds were boisterous at the feeder: fill it again, they seemed to say. The snow looked confident in its new blue shadows.

By noon, however, a gray lid had slipped over the sky, and, as I streaked wax on my x-c skis, the light was flat. I would ski down a narrow woods road to the edge of a tidal marsh, and then run along its flank to the tundra of a local golf course, where I would loop back to my start-point. Cross-country skiing, like its cousin, skating, depends upon a mix of traction and slipperiness. On a good day the way the snow crystals impress themselves upon your skis’ waxed bottoms creates just enough bond to allow you to push off; then your ski glides forward over the glassy crystals. And then you press down your ski and kick off a next stride. And a next. When all is well with this subtle bond-and-glide between wax and snow, you fairly float along the surface, warmed by the effort and aware only of the cold by way of the wind you generate in passage.

So too the edged grab then glide of skating (which has, or course, become its own form of x-c skiing, though my skis are the classic sort). 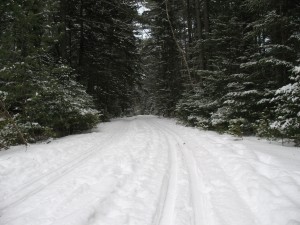 There are, of course, other days, ones of slippery labor, when there’s no bond and you flounder in place. Or there’s so much bond that the snow clumps to your skis and you are reduced to lumpen-footed walking of the most awkward kind – imagine no toes on your six-foot feet.

But let’s live in today’s ease of flotation over snow, traverse this bit of winter borne up on a surface that must be as close as we ever get to walking across the tops of clouds.

“Without having made any particular exertion, – à la volaille,” as Henry said. 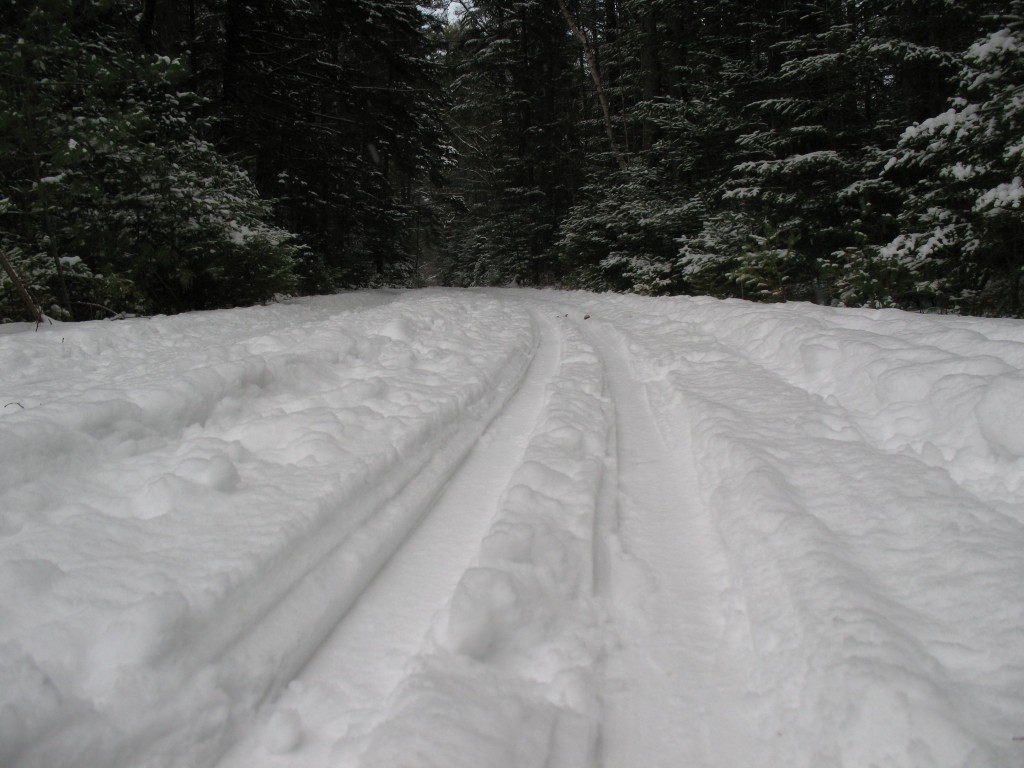 Atop clouds of snow