Sometimes a spate of occurrences becomes confluence. For me, a series of news stories and movies built from older news stories have been that confluence. In language, the two streams flowing together are best caught by two verbs, “survey” and “surveil.” Readers of Thoreau will, of course, see the link in the first word. Surveying landscapes of all sorts was both a living and a habit for Henry Thoreau, and I’m guessing that there were times when his watching made folks in Concord uncomfortable, but not, I think, in the way the intrusive second verb does.

I worry about photos.

It’s not the selfie I worry about; that’s just another form of handprint on the cave wall, runes on the rock, or paint scrawl saying, Kilroy was here. Sometimes I even link such markers with Thoreau’s opening apologia for the lens of “I” in Walden. It’s the other eye that bothers me, the Cyclops of camera peering (mostly down) from light poles, buildings, from the flying-eye drones, or set like a stoic beside the worn path in the woods. Why do we insist increasingly on such peering? 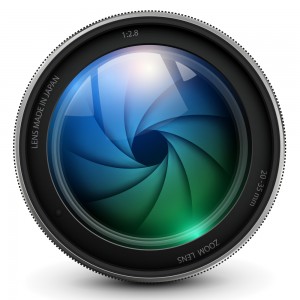 And then, there is the eye staring at me right now from top center screen. Is it off? Should I worry? Last summer, for the first time, I read of a writer who tapes a covering scrap over that eye, goes all Odysseus on it and blinds the beast…every day…just in case. And I looked up after reading, and I began to wonder…

Can you see me now? How about now? Now? I take some comfort in what a dull movie I’d be, what a sleep-inducing study. Still.

When I was a boy, my father became the family photographer, taking thousands of shots of us all. His always-request was that we look off into the distance, away from the camera, and we all grumbled at this posing, even as we waited avidly for the year-end albums that came of his hobby. There was also a mild discomfort in the uncertainty of what would appear when a photo was developed. How would you look? Who would you appear to be?

I recall, at some point, reading of various indigenous people who, when introduced to the camera, refused to have their photos taken because they felt the image-taker would steal their souls. There seemed to be a sliver of sense in this fear, not that soul would be stolen, but that it would be exposed. And later, as I began to take my own photos and looked especially at the portraits of Walker Evans and other “Depression-era—photographers,” I understood that exposure was the point. Catching people in ways that let light into the darknesses of their (and our) lives was the aim. I wondered then if this was a sort of stealing.

But all of this usual sort of photography was in service of memory – “Remember when…” No one was being recorded to control his or her behavior; no one was being surveilled.

Not so today, as recent revelations about broad habits of surveillance have made clear. This posting could now aim into the murkiness of CIA and corporate surveillance; it could consider the tension between freedom and safety. Surely my viewing of Citizenfour has intensified that thinking. I’m guessing I’ll go in that direction soon, just not today. 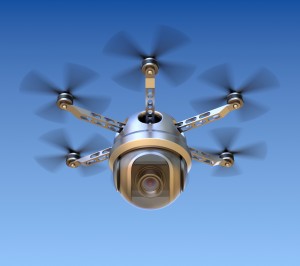 Here’s Looking at You

Instead, I’ll go (with Henry) to the woods, where my habit of looking for lions shapes my mind and walking. To be clear, I know there are no lions (yet) in my daily woods, so this column heads into territory I hear of daily via the Internet. It considers the famous LA-area lion, P-22. Here’s a recent headline: “P-22 coughs up a hairball from the deer he’s eating.”

Caught at his meal by a trailside cam, P-22 stands, I think, for all of us being surveilled unaware, unblinkingly. Instead of walking our way to a fleeting sighting with its awakening frisson of closeness, we have bland recording; we have a hairball that must be hacked back up. Are we meant to see in such a monotonous, unblinking way? Without the effort of walking there? Should we too be seen this way by the lenses now everywhere in our lives?

As noted earlier, I feel ambivalent about the invasive nature of much photography, even as I look at its pictures with a sort of wonder and hunger to know. But what I’m certain I can’t sign onto are the unannounced lenses of an always-looking world, whether they are posted trailside or borne by drone overhead. I don’t like the certainty that I am always being framed even as I can’t see the framing eye. I like to walk to outlooks from which I can look out, survey a slice of the world. I don’t like the feeling that, as I walk, I am being surveilled.

Comments Off on Eyed