The Present Becomes Prescient – Up and Out

Posted on March 4, 2014 by Sandy Stott | Comments Off on The Present Becomes Prescient – Up and Out

These days the morning light has me looking up and out. Despite the ongoing cold – it was one below zero again this morning – the advent of each day whispers, “spring,” and I can, if I want, raise a glass of evening wine to the cloud calligraphy on a backlit sky. On both ends the days stretch out like a dog awakening from a long nap. 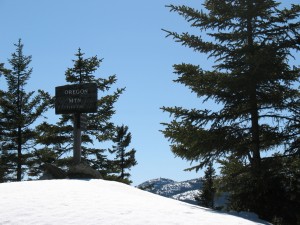 Amid the snow, rising light.

This oncoming spring has a special tang to it in that I’ve decided it is the one in which I will finally “graduate” from high school, moving on to the sketched lines of what’s next. That approach has me paying close attention to the present, of course, and it has me also in a summary mind about my many accompanied readings of Thoreau. Here’s a little of that thinking.

Teaching Henry Thoreau to high school students has prepared me for it: “He saw so far into the future. How did he do it?” A look of unguarded awe defines her face.

It’s a couple of months into the semester and we are near the end of Walden; “Economy” and its long consideration of “necessaries” is fading memory, if it is memory at all. And my student is in the grip of wonder at this writer who saw so clearly, both across Concord’s fields and over time. I often ask myself this question too: how did he do it?

Early in 2013, without aiming at answer to this or any other question, I decided to accompany my passage through that year with Henry’s in 1854, publication year for Walden; without being overly rigid about the day to day, I would read his journal for those months, keeping rough time with it. It seemed a companionable prospect, and it was. In the edition I read, this volume ends on August 31st. For a school-teacher this seemed fitting.

But what occurred to me over those months was how Henry Thoreau’s close and clear-eyed look at his daily world coalesced and became a vision of the larger world…and where it was headed.

The close examination “Economy” is, of course, a key to seeing forward – what exactly is necessary, it asks. And once that’s determined in its spareness, in its simplicity, then, then there is time to look up. And out.

When the flowers will out; when the birds will return; when each individual will become her- or himself. Thoreau was both scientist extrapolating and poet imagining – that’s at least some of how he did it.