Valentine to a Tree

Posted on February 11, 2016 by Sandy Stott | Comments Off on Valentine to a Tree

Bear with me. I have a particular tree, or three, in mind.

Forewarning: I’ve yet to escape the pull of Michael Pollan’s Second Nature, which, for a Thoreau reader, appeals like catnip. Every x pages – pick a prime number – there he is, usually, as figure to contend with, but wearing too a scarf of written affection.

In particular, I’ve been taken by Pollan’s chapter on planting a tree, which, he hopes, will cast a positive reminder of his presence over the land where he lives in Cornwall, CT. His chosen tree is a Norway Maple, into which he is talked when his first choice, a Sugar (or rock) Maple, is deemed risky because of broad assault on it by the pear thrip, a scourge boosted by our region’s warming. And the planting of this tree, meant, over time, to provide crowning grace to the land, is central to the chapter, but it is also a pretext for a series of ruminations on trees and how we view them. Here we enter Thoreau’s woods. And others.

Pollan’s large argument is for a reimagining of our relations with nature, for abandoning the polarity of nature versus culture, or wilderness versus civilization. Excluding or trumpeting one in favor of the other leads invariably to trouble, he says, to an overemphasis, which unbalances us all in our cities and in our woods. Better, he says, to look to the tilled garden as an example of how we may live as part of/in concert with Nature. I think here also of the annual garden at Thoreau Farm.

And here Pollan is, I think, not as far from Thoreau as he says. Pollan likes to cast Thoreau as a wilderness zealot, a Romantic tree-hugger. But, even given some of his wild statements (“I wish to make an extreme statement, if so I may make an emphatic one…” Walking), Henry Thoreau lived in the margin, (“For my part, I feel that with regard to Nature I live a sort of border life…” Walking) lived between town and wild, and he made much of that middle ground, which, when you think of it that way, sounds like a sort of gardening, an arrangement to work with Nature, to make choices and take responsibility for them. His rows of writing are the crop of that middle ground, and surely, they partake of both Nature and culture; they are its hybrid.

Which brings me to trees. Pollan likes to name trees of various eras, invoking our capacity (need?) for metaphor and forming general attitude toward what surrounds us, and so, in this tree chapter, we meet Puritan Tree, Colonial Tree, Romantic Tree, Political Tree. Each is valued and treated by human culture in a particular, often lumbering way. And, as he plants his maple, Pollan looks ahead, hoping for a reimagining of trees. Perhaps, he muses, we will have Lung or Canary Trees, named for their capacity to provide oxygen or let us know when things are amiss with climate. He finds those possibilities superior to Litigious Tree, citizen of a biocentric world, a tree with rights and standing to sue.

All of this reading and wondering has made me tree-aware, appreciative in an affectionate way, and that has sent me out the door to visit a White Pine that’s trailside on the way to our Commons. Each time I pass, I stop and run my hand over the rough corrugations of its bark, then lean in toward its trunk and look up: the pine obscures the sky; it seems to hold it up. And, as I lean there, balanced to its bulk, I hope that its tomorrow is like today – a little wind, a little snow, the company of the grove, and, in places, the warm hand of the sun. It is, I suppose, a Romantic Tree, but the day of hearts ahead is a conjury of human culture, and so perhaps the two balance each other.

Here’s to the trees in your lives; here, below, are some that I visit. 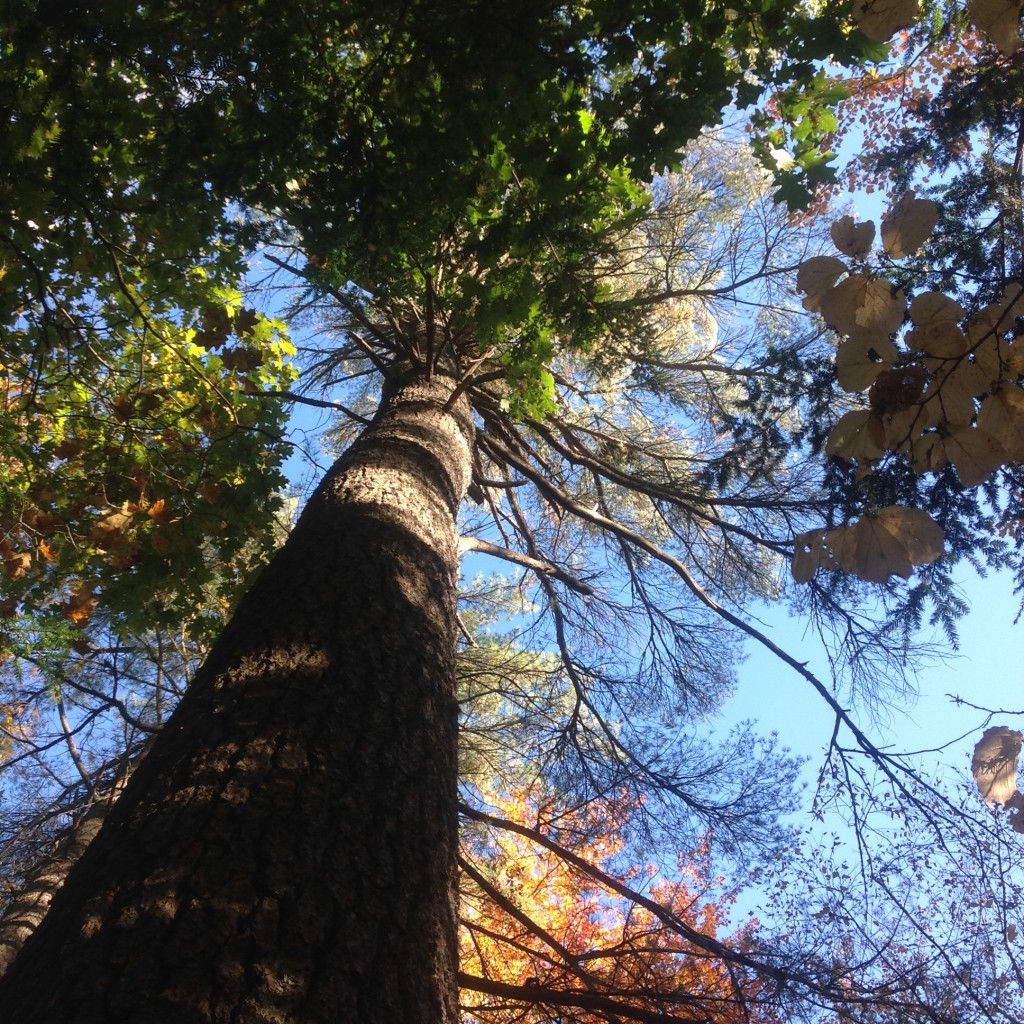 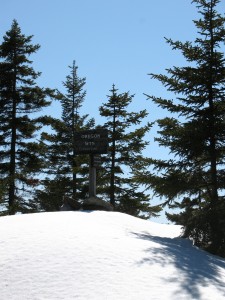 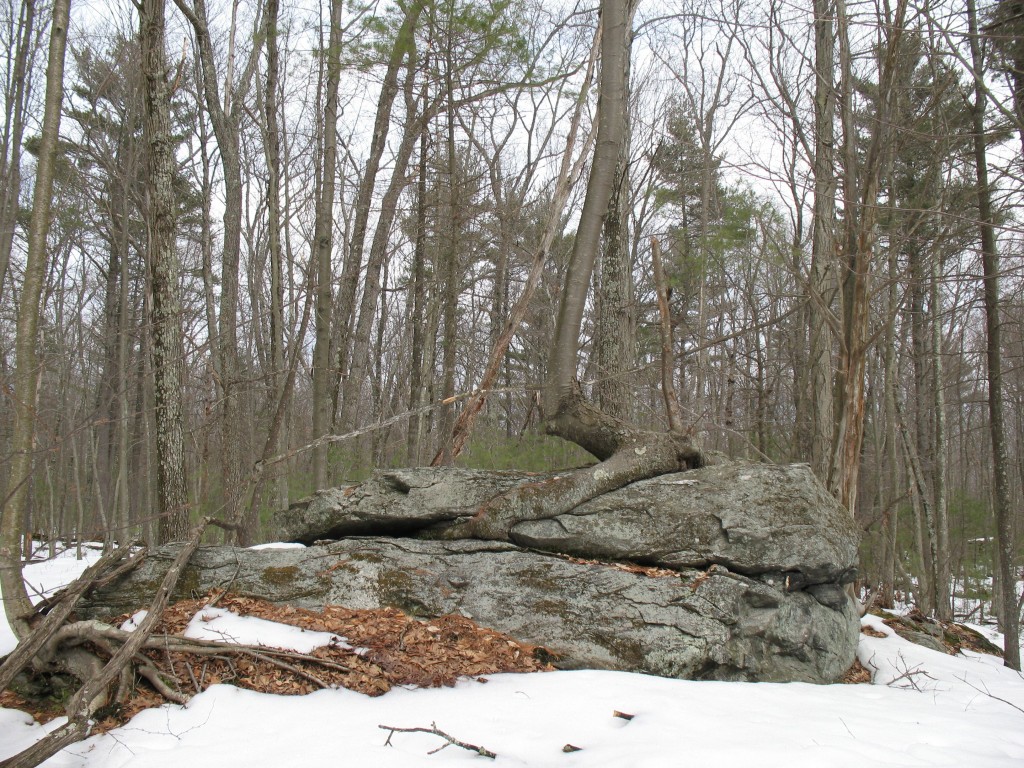 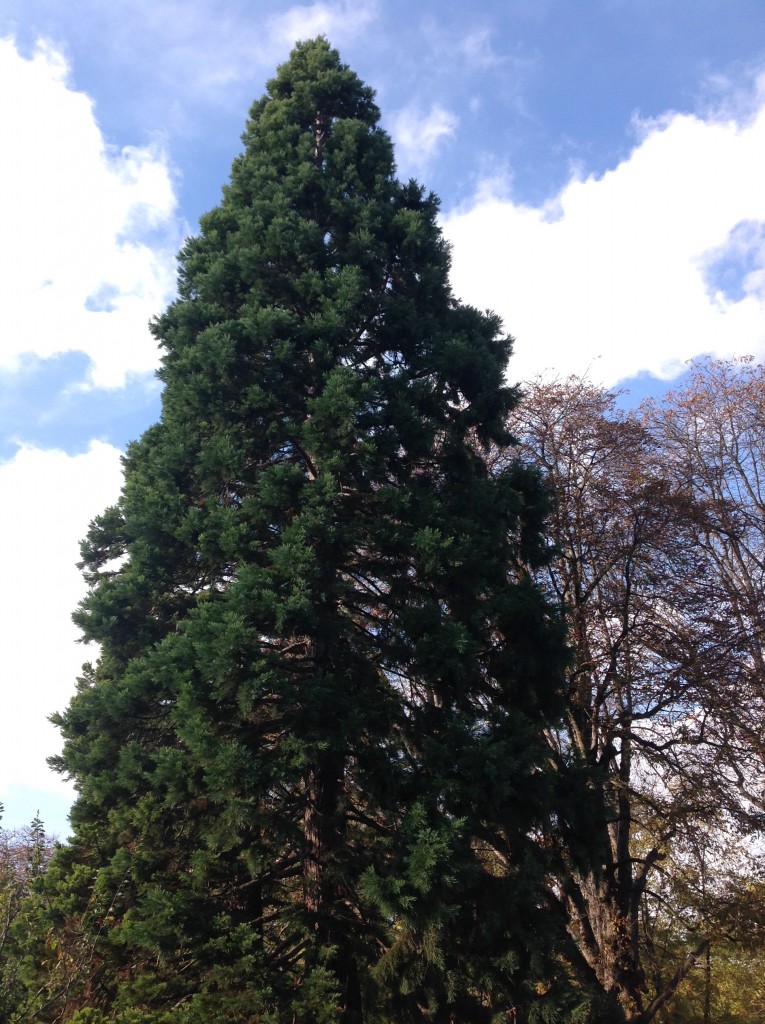 Well, now I’m cheating a bit, but I do visit this sequoia every time I go to the Luxembourg Gardens.