Of Fire, Water, Air, Earth in the Winter Mountains

So too in the mountains…when the wind rises.

It is almost as if some fire were burning north of Franconia Notch. The north wind into which I point smokes over the ridges and courses down like its cousin water; it is a Niagara of variable white pouring toward me, flying by above. I edge into a pullout, grab my camera, step out and climb some feet up the bank; now I can feel the snow’s tiny grains ticking on my face, hear them on my quickly-inadequate nylon shell. I click off a few hurried shots and retreat to the car, where soon the fire of the engine is shunted back to me by the heater. Too elemental out there to tarry, I think. 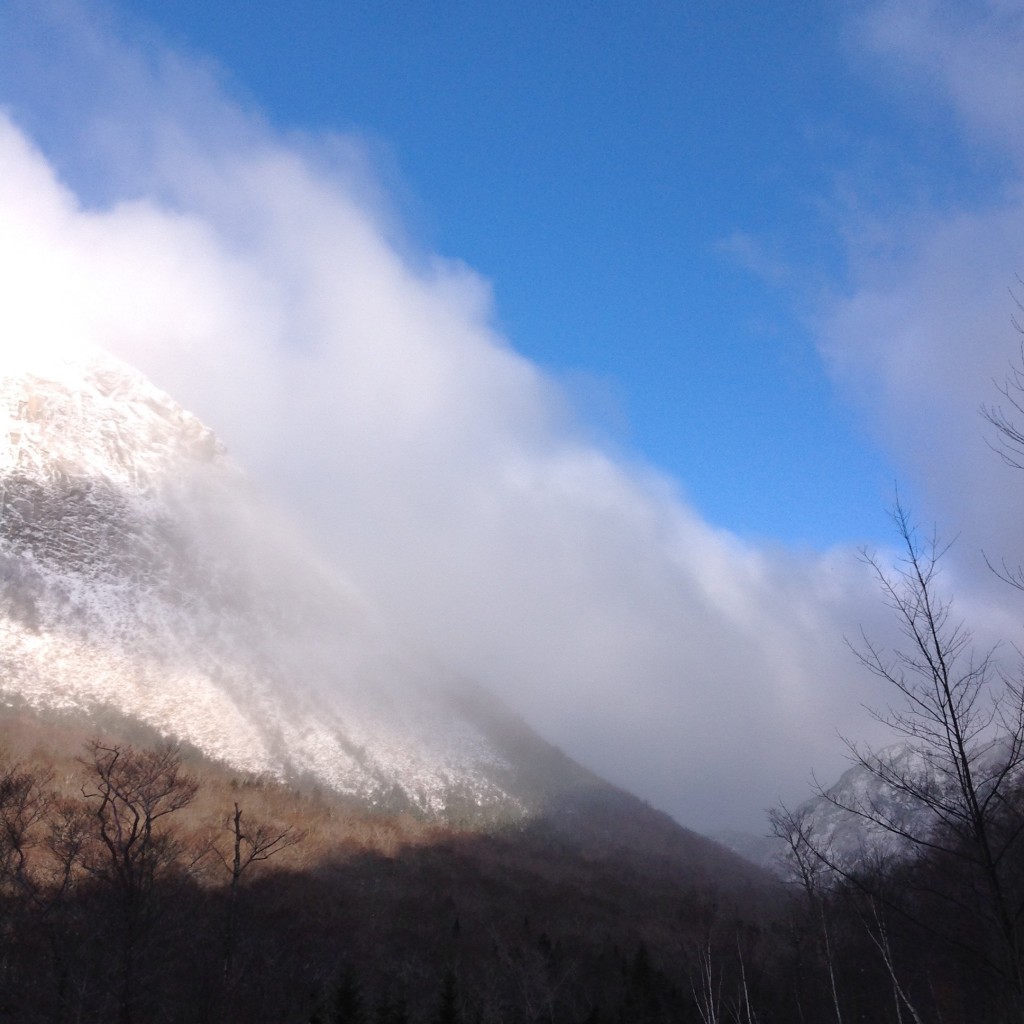 Still, I look up into the coursing air, and in the thicknesses and thinnesses of the snows, in their flap and veer, I see the turbulent, liquid quality of air.

The snowfall now on the move again was, like all thus far this winter, a minor one, an inch or two overnight, and I brushed it easily from surfaces; the early morning world was a still-life. This second snow, however, this reshuffling, has a cold edge to it.

I have come north for contact with what Henry Thoreau called the “unhandselled globe,” (Ktaadn, The Maine Woods) and, in a minor way, I get it more than once while watching the wind stir this “second snow” and fling it like veils of dust across the mountains that rise above. Especially when I step out into it. 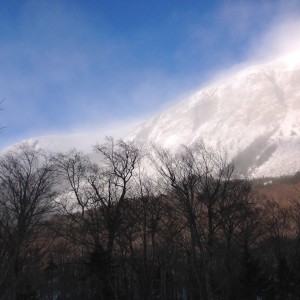 Within this snow and behind it the mountains are both substantial and in motion, and I am little, but in no little awe. 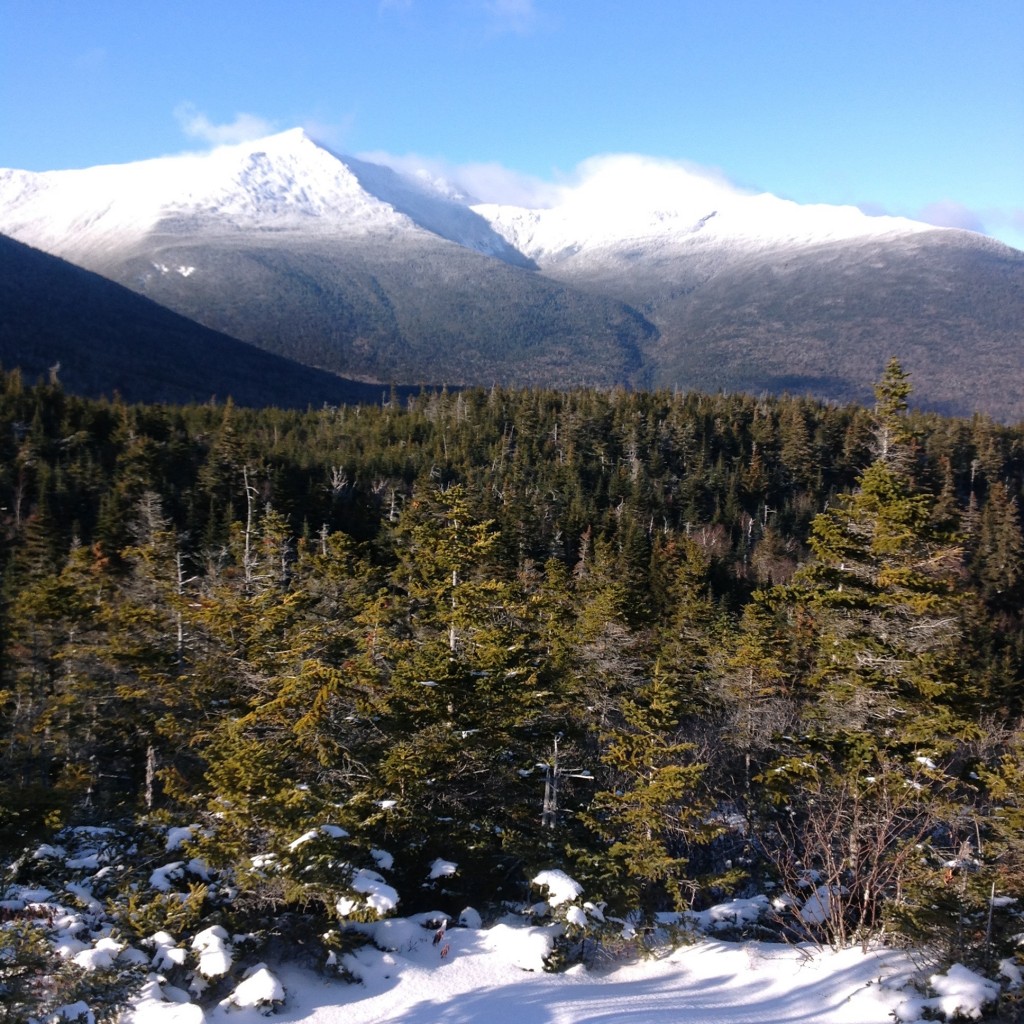 Much of the cloudcap blowing from the summits is “second snow.”

Comments Off on Second Snow