Bose in the Berries

“[Berrying] is a sort of sacrament, a communion – the not forbidden fruits, which no serpent tempts us to eat.” Thoreau, Wild Fruits

In many instances and groves, I find myself aligned with Henry Thoreau. But, when it comes to canines, we part ways. For Thoreau, dogs were all Boses and Treys, indistinguishable animals who coursed through the woods, running game and baying monotonously. Often, one suspects, they were cast as stand-ins for their human hunter companions – keen on one thing only, missing the heaven through which they ran.

For me, not so much. Instead, I see dogs as spirit animals, who arrive, often unbidden, at both usual and gravid moments.

The other day was my first of our berry season. For a few days prior, I’d seen bumps of blue in the bushes that line the paths of our Commons, and I knew the seemingly sudden ripening of blueberries was on us. Although our backyard high bush berries are still green, their ground-hugging cousins have taken in the ground’s added warmth and become themselves. 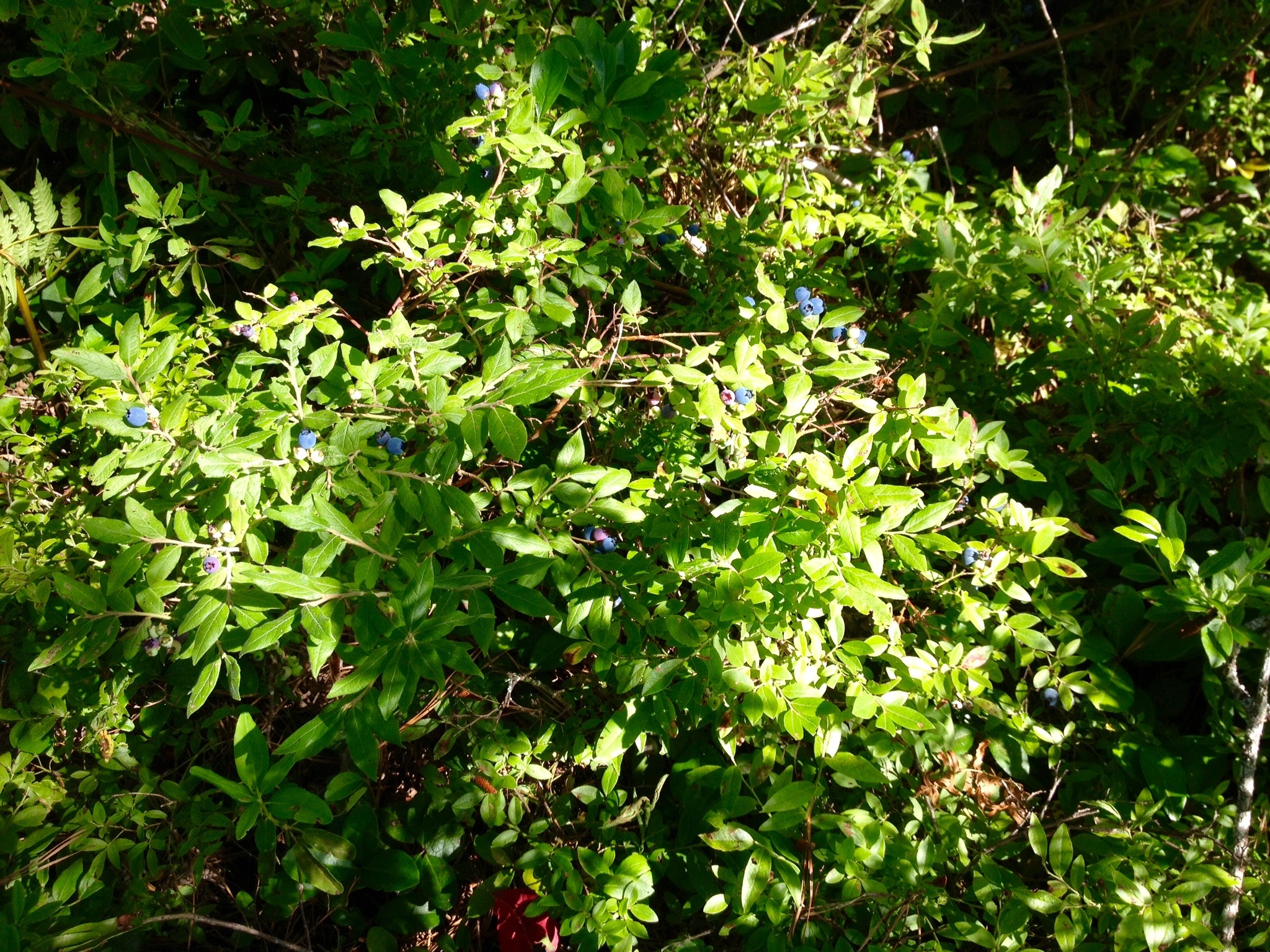 There are few times I find more meditative and self-completing than a stretch of picking berries on a warm afternoon. My eye finds blue behind and beneath the leaves, and as I pick, I get picky – I want what I call “fat-berries,” the sun-sugared ones as big as your pinkie’s fingernail. They are not the something-infused, suspect colossi you find in the supermarket, shipped north in all seasons. These delicate berries are shipped nowhere, except across the grove by birds, or combed into a happy maw by the bear I always imagine just out of sight.

Anyway, accompanied by overlapping songs from the wood thrush, I was settled into my picking, when I heard brush rustling nearby. I looked up and through it came a yellow lab’s head, replete with the canine smile of discovery usual when they uncover a hidden human. Labs are not shy dogs, and she came right to me, nudged my right hand as prompt for affection, and sat down to receive. Which she did. A minute passed, and I patted on. 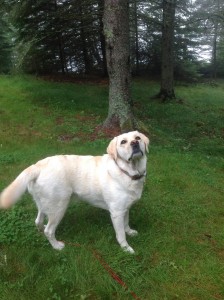 Not this story’s lab, but close friend Harlow nonetheless

Then, slowly, a figure drew near on the path 100 feet away; the lab’s human companion (HC in dog literature) was scanning the woods. “Ah,” she said spotting us. “There you are. You’ve found another HC.” The lab, extracting every second of affection, stayed until summoned. Then, she bounded off in pursuit of a tossed ball.

Pause over (I resist, as Thoreau might not have, the pun), I looked down again, and the sky-blue winking gathered me back into the berries. A quart or so later, I straightened and figured it was time to walk home. I marked this patch – only partially picked – on my mental map and set out. First berries, wood thrush songs, a dog’s visit – if I could whistle, I would have.

There is one thing in this piece on which Henry Thoreau and I agree: berries, blue and huckle, are the very spirit of summer, which carries in it (in Walden and elsewhere) the spirit of independence and self-realization. And, just as the yellow lab followed her nose to me, I follow mine to these berries; we are both summer animals. 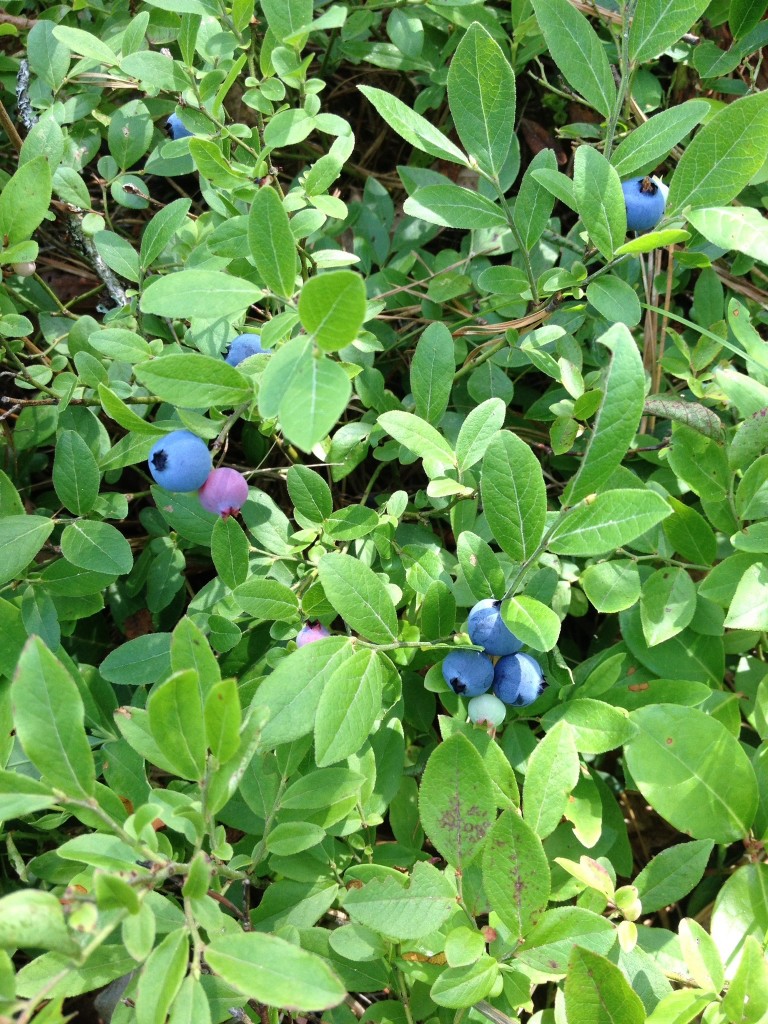 Comments Off on Bose in the Berries