Edith Black Early remembers the incident as clearly as if it just happened an hour ago.

It was a day in the early 1940s. She was enrolled as a chemistry major at Randolph-Macon Women’s College in Lynchburg, Virginia. She and some of her friends were standing in the hallway outside their Latin Literature classroom. They were gossiping and laughing about “Martha,” a fellow student. “She was a strange-looking girl, with a lot of strange habits that were weird,” Edith says. One of them was that Martha carried a Big Ben clock with her, for some odd reason. Its booming chime would sometimes ring in the middle of class. No one knew why she did this. It was just one more thing not to like about Martha. The other girls always made fun of her. 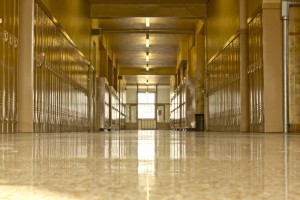 They were still chatting and giggling when their Latin professor Dr. Lipscomb walked up to them. “He wanted to know what so funny,” Edith says. “And we told him, but he didn’t laugh or comment.” He merely turned and stepped into his classroom. The bell rang, and the girls came in and took their seats.

Dr. Herbert C. Lipscomb had been teaching at the college since 1909. He was well known as a master teacher and an esteemed classicist, far beyond Virginia’s borders. He was well liked and well respected by the many students he encountered during his career. “No one ever cut his class unless they were sick or out of town,” Edith says. “No one ever went to class unprepared, either. Latin was his subject; but his lectures ranged into many other subjects, as he saw a connection to the Latin text.” Art, philosophy, music, science. It was said that he could cover the whole range of Western experience in literature, beginning with simple passages in Latin.

On this particular day, Dr. Lipscomb didn’t launch right into his lecture. Instead, Edith recalls, “There was a moment of silence.” Then the professor quietly picked up a book, opened it to one specific page, and read aloud from it:

“If a man does not keep pace with his companions, perhaps it is because he hears a different drummer. Let him step to the music which he hears, however measured or far away.”

Without a word of explanation, he closed the book. Then he proceeded with his scheduled subject.

“Such a gentle rebuke, but we all got the message,” Edith says. She and her friends knew very well why he had chosen to read those sentences to them. That was all it took for them to stop making fun of Martha.

Some years later, Edith’s husband came home from a trip to California with a gift for her: a serigraph created by Sister Mary Corita Kent titled “The Different Drummer.” It included the words of that famous passage from Walden. That’s when Edith learned that it was a quotation from Henry David Thoreau. They hung the artwork in their home. And whenever she looked at it, she was reminded of that long-ago college day when Dr. Lipscomb had read it aloud.

Edith just celebrated her 90th birthday. She is in generally good health and in very good spirits. Whenever she thinks back to this incident, she doesn’t recall what topic Dr. Lipscomb lectured on, during the rest of that class time. But she surely remembers the “extra” lesson he taught that day, with a little help from Henry Thoreau. In a voice that still carries the soft lilt from her southern roots, she admits, “It was probably the most helpful thing I learned in college.”