Posted on July 19, 2013 by Sandy Stott | Comments Off on Particular Blue

The calendar turns to obsession.

I’m on foot in the scrub of a pitch pine forest, minding its roots and enjoying the warm breeze; I’m thinking of nothing in particular. And so my peripheral vision, a strong suit, is open; often it catches animals or birds, now it catches a wink of blue, then another. Even before I turn, I know what’s there: one berry two – promise has become particular, and it is blue. 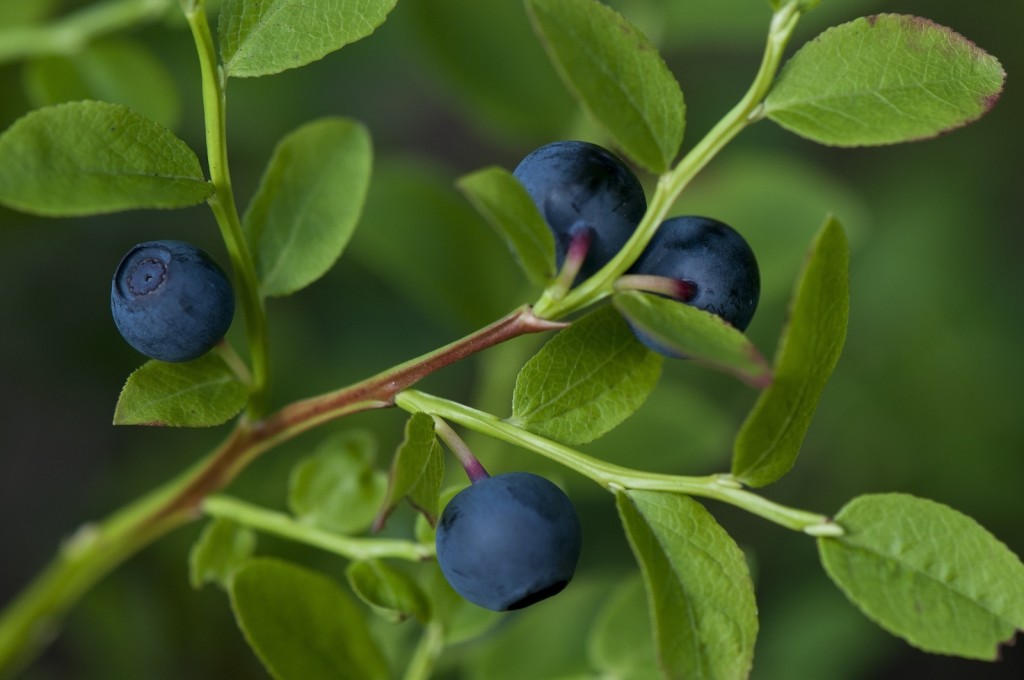 I break away from the track and out into these open woods, where three springs ago loitering teens set a fire that shows still in black scorching on the trunks of the scattered pines. But the open ground is a riot of growth and amid the leafy cacophony are swatches of low-bush blueberries – one berry two, turning blue.

What registers a little more slowly are all the pale green berries that will be blue. Given some water and some sun – both in long supply recently – this patch will be a trove, blue riches that will people even my sleep during prime picking season. Instinctively, I look up – is anyone watching? Such a patch brings out the possessive in me.

Henry Thoreau knew the lure of berries, wild fruits that grow unbidden, often on the burnt lands in fire’s wake. Near the end of his long first chapter in Walden, he is mulling the various lines of work he could have pursued; among them is berry-picking:

I thought often and seriously of picking huckleberries; that surely I could do, and its small profits might suffice, – for my greatest skill has been to want but little, – so little capital it required, so little distraction from my wonted moods, I foolishly thought…But I have since learned that trade curses everything it handles.

And so, for Henry, the berries never became business and remained a free fruit, happy distraction when walking, object of afternoons away “a-berrying.”

So it is for me today, where I find these season’s-first berries. I too “want but little,” on this summer day, though I confess I want this little a lot.

Should you not find your patch and set to picking?