Bringing Back the Sun 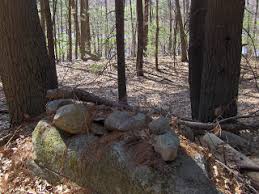 Almost every day for the last twenty-five years I have trekked down through the woods below my house to a dry bank above a slow north-running stream known as Beaver Brook. The bank offers a good vantage point for viewing the surrounding landscape, and if you are of the type who appreciates the implications of the flow of dark waters from source to sea and the unfolding progress of the seasons, it’s one of the only places around here where you can gain some perspective on the regular cycles of the natural world, as opposed to the alarming events of the current human condition.

Last year just before dawn on Christmas morning I went down to my place beside the brook to watch the day unfold. It was a day not unlike that of other days that I visit the place, except that it was the official beginning of the winter season. The sky was cloudy, and the air was filled with that close, watery scent of coming snow. I went out anyway and rather than follow the cart track that leads through the woods to the stream, I took a short cut and clambered through a tangle of oaks and pines, interspersed with thickets of bittersweet, brambles and multiflora rose, skirting walls and brakes and blow downs all along the way. With only a slight suspension of disbelief you might think for a second or two that you were in wilderness here. In fact, this is a fast suburbanizing region of former farmlands and apple orchards, and in order live with the myth of the past, you have to go burrowing into the night woods and seek out those few isolated spots in the area, such as the stream bank. Henry Thoreau knew all about this sort of thing. He might have liked my private sanctuary.

Down at the brook, the grass on the bank was still snow free and I sat cross-legged above the waters and waited for sunrise. There was nothing to wait for in point of fact; this day was characterized by that flat, seamless pall of sky that prefigures snow. A few flakes began drifting down as I watched, followed by a few more flakes and then by a steady, but light fall.

As I waited, a pale faded image of the white winter sun, much filtered through the mists and drifting flakes, showed itself—a silvery coin behind the black branches of the trees. It was an odd, somehow portentous sunrise, the type of light into which the native shamans and Puritan ministers of these parts might read dark omens — which got me thinking about the implications of this particular holiday.

Among Christian cultures, Christmas marks the day when it is believed that the Savior of the world was born, the Prince of peace who would mark the start of a golden age. But in fact, shortly before the historical birth of Christ the same date was celebrated by a popular Roman cult whose chief luminary was Mithra, who was not exactly a god, but a representative of what they believed was the true and only god — the sun. Mithra, who pre-dates the birth of Jesus, not coincidentally, was born on December 25.

Long before that, by a thousand years or more, the day was celebrated as a solstice festival. This was, for all the cultures of the world an absolutely critical holiday. In earlier times, the ancients watched the fading light and shortening days with dread. It was not clear that the sun would not carry on in its decline and never return. To halt this process, shamans and holy men and later priests and potentates would carry out certain rituals, most of them involving fire — the thought being that the fiery sun would be nourished by earthly light.

In ancient Egypt, pharaohs, who were considered the earthly embodiment of the sun, used to perambulate the temple walls to encourage the real sun in its daily course. Each year at Rhodes, the ancient Greeks would cast a chariot and four horses into the sea to refresh the worn–out team of Helios, who drove the chariot of the sun across the sky by day and sank in the western seas at dusk. Some of the local Native American tribes would shoot fiery arrows into the night sky at this time of year, and all across the globe fires were lit, ritual hymns were sung, sacred herbs were consumed and dances were performed imitating the course of the year.

Here, amid the silence of the drifting snow, and the quiet flow of black waters below the stream bank where I was sitting, you could catch a hint of all this. On mornings like this, the pre-Christian wilderness manifests itself; the peace of wild things descends, time stalls out, and even runs backward so that I might be sitting here 500 years ago, when all eyes were on the night sky and all around the world the sacred fires burned.

Mr. Thoreau, were he with us now, would surely understand.

Comments Off on Bringing Back the Sun