Want to see the talk again? Watch  it here!

Playwright Tammy Rose performs her latest play, “The Women of Concord in the Time of Thoreau.” 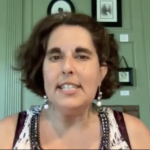 Tammy is the founder and administrator of the Facebook Group, Transcendentalists 2021, host of the You Tube Series, “Concord Days,” and host of the podcast, “Walden the book & Concord the Town.” This play was performed during Thoreau Farm’s virtual birthday party and picnic for Henry’s 204th birthday! Sponsored by The Write Connection at Thoreau Farm, in partnership with The Thoreau Society. 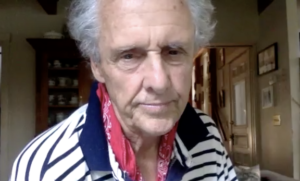 Join us for a conversation with John Hanson Mitchell, author of “Ceremonial Time: Fifteen Thousand Years on One Square Mile,” “Walking Towards Walden: A Pilgrimage in Search of Place,” and “A Field Guide to Your Own Backyard: A Seasonal Guide to the Flora and Fauna of the Eastern U.S.,” among others. He is also the founding editor of Massachusetts Audubon’s award-winning journal Sanctuary.

Mitchell will discuss his latest book, Legends of the Common Stream, with Thoreau Farm’s executive director, Margaret Carroll-Bergman. Mitchell was the keynote speaker for The Write Connection’s first year of programming in 2019.

A Conversation with Holly Jackson and Megan Marshall 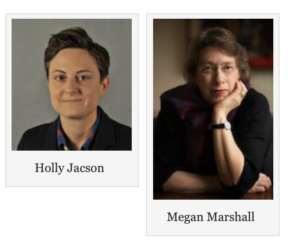 Thoreau, Alcott, Emerson, Fuller, Hawthorne, and many other social reformers found in Jackson’s new book, will be touched upon during the talk.

Holly Jackson is an associate professor of English at the University of Massachusetts Boston and associate editor of The New England Quarterly. She writes and speaks on 19th-century American cultural history. Her writing has appeared in The New York Times, The Washington Post, and The Boston Globe, as well as a number of scholarly publications. She lives in Cambridge, Massachusetts.

Megan Marshall is the president of the Society of American Historians and author of “Margaret Fuller: A New American Life,” winner of the 2014 Pulitzer Prize in Biography and Memoir, and “The Peabody Sisters,” winner of the Francis Parkman Prize, the Mark Lynton History Prize, and a Pulitzer Prize finalist.  Both books were winners of the Massachusetts Book Award in Nonfiction.  She is the first Charles Wesley Emerson College Professor at Emerson College, where she teaches nonfiction writing and archival research in the MFA creative writing program.  She lives in Belmont, Massachusetts. 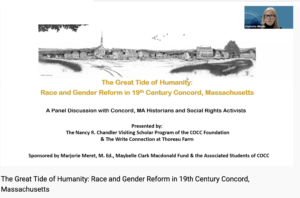 Henry David Thoreau and his fellow Transcendentalists sparked a literary revolution, 60 years after the American Revolution in the tiny town of Concord. Armed with the ideas of social reform, the Transcendentalists of Concord, the Concord Female Anti-Slavery Society, Thoreau women, and early Civil Rights Activist Ellen Garrison addressed the reform issues of the day — slavery, the aftermath of slavery, and women’s rights.

The panelists will discuss how these 19th century thinkers and activists continue to guide us in addressing these issues today. 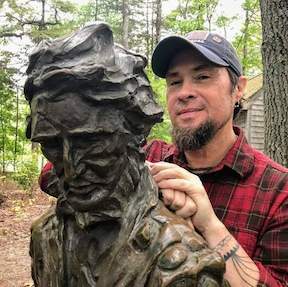 “Stark Mad Abolitionists: Concord and The Fugitive Slave Law of 1850,” Join Concord historian Richard Smith as he tells the story of Concord and the Fugitive Slave Law. The well known Concordians are part of the story, but some of their lesser known friends and neighbors, male and female, black and white, also took part in the resistance!  Great for high school, college classes. Sponsored by The Write Connection at Thoreau Farm, in partnership with the Thoreau Society.

Ivy Meeropol is a writer and filmmaker. Her latest film, “Bully. Coward. Victim. The Story of Roy Cohn,” examines Cohn’s relationship with Donald Trump and his influence on the execution of her grandparents Julius and Ethel Rosenberg.

A conversation with Filmmaker Ivy Meeropol about her latest film, “Bully. Coward. Victim.: The Story of Roy Cohn.” Ivy is the granddaughter of Julius and Ethel Rosenberg and was joined by her father Michael Meeropol in this interview with Margaret Carroll-Bergman, executive director of Thoreau Farm. Students interested in social justice and how antisemitism and fear of communism created a climate to send a civilian couple to the electric chair. Sponsored by The Write Connection at Thoreau Farm, in partnership with the Thoreau Society. 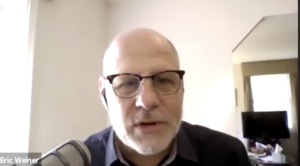 Eric Weiner is the author of “The Socrates Express.” 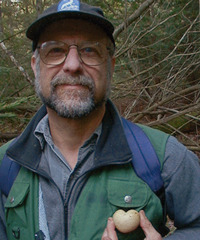 Arctic Explorer and writer Lawrence Millman, author of “Goodbye, Ice,” talks about poetry, climate change and the Arctic. Sponsored by The Write Connection at Thoreau Farm, in partnership with the Thoreau Society! Co-Sponsored by the Concord Festival of Authors. 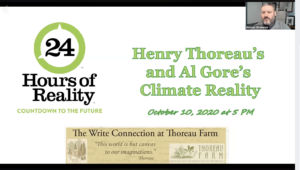